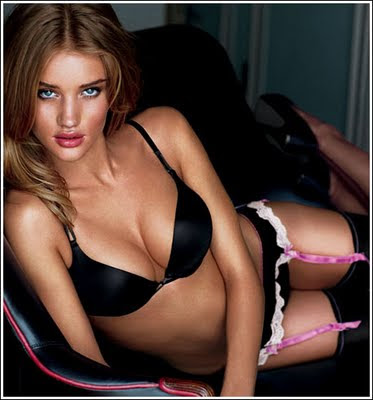 It's common knowledge by now that Megan Fox has been fired from Transformers 3. And it seems they have found her replacement...from Moviehole...

Paramount may have found their 'Megan Fox replacement' for "Transformers 3".

Every young, pretty thing has plonked herself on Michael Bay's casting couch this week - but it's newcomer Rosie Huntington-Whiteley that's seemingly made the greatest impression on the all-powerful dictator, er, I mean director, reports Deadline.

The model, known for her work with Victoria's Seceret, is said to have bet the equally-unrecognizable Sarah Wright and Brooklyn Decker to the role of Shia LaBeouf's love interest in the new film.

Bay has another week to make his decision, but the aforementioned site says Huntington-Whiteley is likely his girl.