Stuntman Injured On 'The Hangover 2' 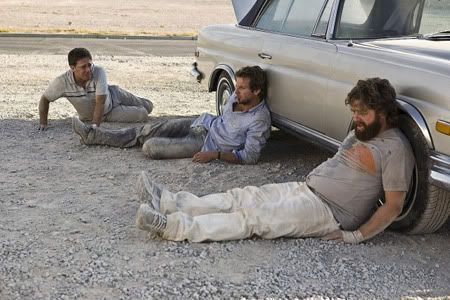 Recently, on the set of Warner Bros. upcoming comedy sequel, The Hangover 2, a stuntman (Scott McLean) was critically injured during an automobile stunt. Best of luck to a speedy recovery, Scott!

Warner Bros. had this to say...

"There was an accident involving a truck and a car on the second unit set of 'The Hangover Part II' near Bangkok, Thailand, at approximately 3:00 a.m. on Friday, December 17, 2010 (Bangkok time). A stuntman was injured during the filming of this sequence. The truck and car were both driven by stunt drivers. An ambulance immediately took the injured stuntman to the local hospital, and he has since been transported to a hospital in Bangkok where advanced care is being provided. We are awaiting further details concerning his condition."