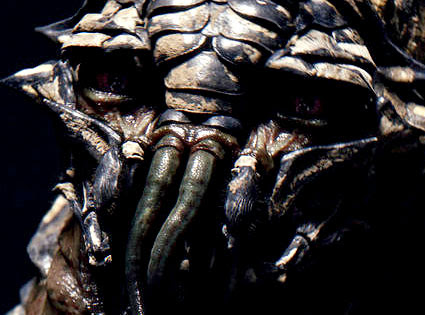 Here's a small tidbit regarding the District 9 sequel...

Oscar Winner Jodie Foster – next in “The Beaver” opposite Mel Gibson – will star opposite Matt Damon and Sharlto Copley in Neil Blomkamp’s “Elysium”, says Deadline.

“Elysium”, which is said to be “set in the far future on another planet and is filled with many sociopolitical ideas wrapped up inside a Hollywood action film”, is the follow-up to Blomkamp’s “District 9″.

There’s nothing on the plot nor the characters that Foster, Damon and Copley (who also headlined Blomkamp’s “District 9″) play.