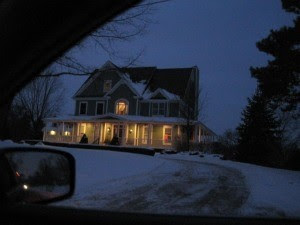 After a slew of test screenings on the East Coast, it looks like Wes Craven may be going back behind cameras to shoot additional film for Scream 4. On Location Vacations pointed out that one of their readers received a filming notice in Northville, MI (on Clement St. between 7 mile and Frederick) for Jan. 31 & Feb. 2 that simply listed a motion picture entitled “Z”. Anyone who was following the Scream 4 shoot last summer will remember much of the film was shot in Northville under the production name Z. Additional photography does not mean there are problems, sometime when the film is assembled they learn of soft spots that could be strengthened. Maybe they want more gore? Maybe they want a new ending? Who knows.

Thanks to Bloody-Disgusting and Scream-Trilogy