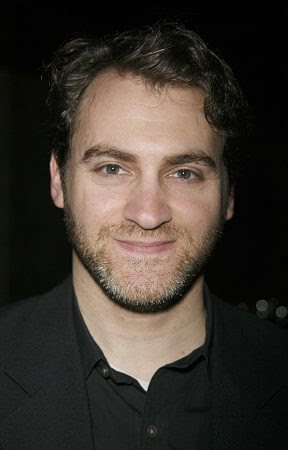 Michael Stuhlbarg has joined the cast of Men In Black III, which sees the return on Will Smith and Tommy Lee Jones in their roles as Agent K and Agent J. Josh Brolin will be playing a younger version of Agent K as well. Here's what The Hollywood Reporter is reporting...

Michael Stuhlbarg, one of the key players on HBO’s Boardwalk Empire and the star of the Coen brothers’ A Serious Man, has been cast in Men In Black 3.
Will Smith and Josh Brolin lead the cast of the third installment of Columbia’s sci-fi comedy being directed by Barry Sonnenfeld and currently in production. The 3D movie is scheduled for a May 25, 2012 release.

The studio isn’t revealing too many details about the film, although it is known to feature a time travel element, allowing Brolin to play a young Tommy Lee Jones and Alice Eve, a young Emma Thompson, as the MIB agents try to save the world in 1969.

The actor, repped by ICM and Viking Entertainment, plays gangster Arnold Rothstein in Boardwalk Empire. He will next be seen on the big-screen in Hugo Cabret, Martin Scorsese’s adaptation of the children’s book by Brian Selznick.

Thanks to THR for the scoop!