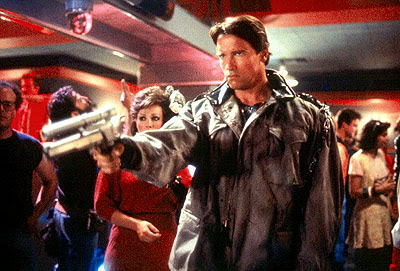 Annapurna Films will take over the Terminator franchise it seems, outbidding Lionsgate for the crown. And, officially, Arnold Schwarzenegger is attached to star.

EXCLUSIVE: Megan Ellison has won an auction for the rights to make at least two more installments of The Terminator franchise, with Fast Five's Justin Lin attached to direct and Arnold Schwarzenegger attached to star. The deal came down to Ellison's Annapurna Films and Lionsgate, which seemed to have had the project sewn up until she came forward with a dramatic bid. The auction at the time was for a guarantee for at least half of the $29.5 million paid by hedge fund Pacificor to pull the franchise out of bankruptcy. Unclear what the winning amount was, but I wouldn't be surprised if it hit the $20 million mark. CAA brokered the deal.

Thanks to Deadline for the scoop.