Showing posts from September, 2011
Show all

So it seems that a Scream 5 will happen in the unforeseeable future. It has become common knowledge by now that original creator Kevin Williamson wanted to relaunch the series with a new trilogy in parts 4, 5, and 6. Scream 4 came and went. Box office numbers weren't mind blowing, but the numbers were definitely there to warrant a sequel...or two.
We just got off the phone with Wes Craven, who is out promoting the Scream 4 Blu-ray and DVD, in stores October 4th. When Scream 4 was coming to theaters last spring, it was rumored to be the beginning of a whole new trilogy. The sequel didn't fare quite as well at the box office as some hoped. This had many speculating that the popular franchise was over, and that the so-called new trilogy would not play out on screens as intended.
Well, Wes Craven tends to think the contrary. He is a firm believer in Scream 5, and says that 'yes', the movie will more than likely get made sometime in the near future.
"Yes. The odds …
Read more

Justin Lin has been forced to exit his dream project, Terminator 5, for something else, Fast and Furious 6.  Hmm, wrong choice, my friend...
EXCLUSIVE: Things are starting to move on The Terminator franchise, but a plan by rights owner Megan Ellison and Arnold Schwarzenegger to put the first of two pictures in production for the fourth quarter of 2012 has forced director Justin Lin to drop out. But borrowing the film’s signature phrase “I’ll be back,” Lin has left the door open to a return if Ellison and Schwarzenegger will wait until he completes the sixth installment of The Fast and the Furious franchise. The Terminator franchise has been under the radar since Ellison’s Annapurna Films spent over $20 million to buy film rights during the Cannes Film Festival, with Lin and Schwarzenegger attached. Lin wants to make the film but simply won’t be available, the same situation that prompted him to withdraw from Summit’s Highlander. Lin has been working closely with Schwarzene…
Read more 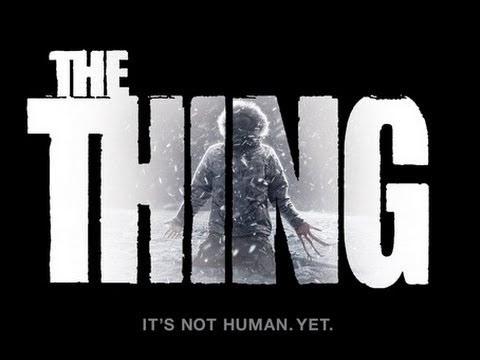 Thanks to IGN, the new red band trailer for The Thing prequel below...

So now it's official, J.J. Abrams is directing the sequel to his Star Trek reboot...
Attention impatient sequelphiles: Vulture can confirm that J.J. Abrams has finally committed to shooting Star Trek 2. Insiders familiar with the director's plans tell Vulture that pre-production is underway, that the script will be done by month's end and that Abrams will start shooting this winter.
While many assumed he would make the follow-up to his 2009 hit, he would never give a date for the project, or actually say for sure that he would be the one directing. In July, reports elsewhere surfaced that Abrams was “moving towards a commitment” to direct the sequel (which, of course, is Internet for “hasn’t committed yet”) but his delay had pushed a nervous Paramount Pictures to give Trek 2's late June 2012 release date to a G.I. Joe sequel.
Part of the hold-up has been that Alex Kurtzman, who wrote Abrams' first Trek with Roberto “Bob” Orci, has been busy editing and p…
Read more 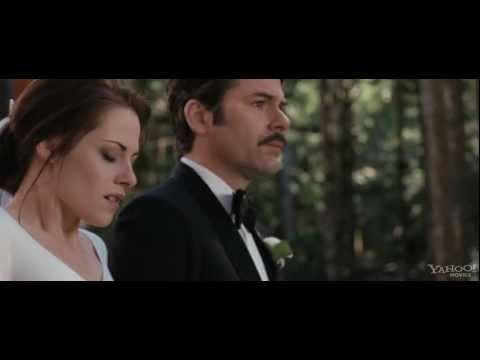 The trailer is officially out for The Twilight Saga: Breaking Dawn Part 1, check it out below...

Screenwriter Todd Farmer (Jason X, My Bloody Valentine 3D) recently chatted with Bloody-Disgusting about the current statuses of the Hellraiser remake and Halloween 3D that he and director Patrick Lussier were in line to do...
Bloody Disgusting: So what is the status with 'Hellraiser'? Are you guys still involved?

Todd Farmer: I don’t think so. We developed several versions for Dimension, but in the end we never saw eye to eye creatively. We wish them the best and look forward to seeing what they come up with.

BD: How did you get involved in the first place?

TF: We expected when we came back from 'Drive Angry' that we would jump on 'Halloween 3D'. But they wanted to do 'Hellraiser' first, and we were sort of intrigued by the idea. We’ve done probably three different outlines at this point; we haven’t gone to script yet.

BD: Would it be a sequel, or a reboot?

Finally, Beetlejuice 2 is happening...
There’s been talk of a “Beetlejuice” sequel for years – Michael Keaton has said the time is ripe to reprise the Ghost with the Most; co-star Geena Davis told our own Clint Morris that she’d definitely consider being a part of any follow-up, and original director Tim Burton was supposedly, at one stage, even writing the return to an afterlife that looks a hell of a lot like a Warner Bros stage.
Now it’s official, there’s a new “Beetlejuice” movie coming. Question is : will Keaton, Davis or even Burton be involved?
That we don’t know yet. What we do know is that the film will have a Burton connection, though.
According to Deadline, author and screenwriter Seth Grahame-Smith (Burton’s “Dark Shadows”) and producing partner David Katzenberg will spearhead the sequel – and yes, it’s a sequel, not a remake (1 point to Warner).
“We first got to know Seth through his fantastic work on [Tim Burton's] Dark Shadows, and it immediately became …
Read more

Anthony Hopkins is officially attached to the quasi-sequel to Se7en, now titled Solace.
Anthony Hopkins, famous for skinning the innocent in “Silence of the Lambs”, is in talks to front the serial killer flick “Solace”. If the title sounds familiar that’s because it was originally designed as a sequel to the 1995 beautie “Se7en”.
The project has been rewritten, and Morgan Freeman’s cop character replaced with Anthony Hopkins’ psychic doctor. Which is funny, because that’s how the project started – with a future-seeing doc.
David Fincher, director of the Brad Pitt/Freeman/Head-in-a-box classic, refused to get involved in a sequel to “Se7en”, but New Line carried on without him – - for a while. In 2002 they snapped up “Solace”, a spec script by “Ocean’s 11″ scribe Ted Griffin, which tells of a former doctor with psychic abilities who works for the FBI and is drawn into a unique serial killer case that pits him against a ”formidable foe”. The film was rewritten as a “Se7en …
Read more

Check out a new slideshow/teaser for American Reunion below.  Honestly, as simple and unspoilery as this is, it has gotten me totally excited for this new film...