James Cameron Talks 'Battle Angel Alita' -- When Will It Come Out Mr. Cameron??? 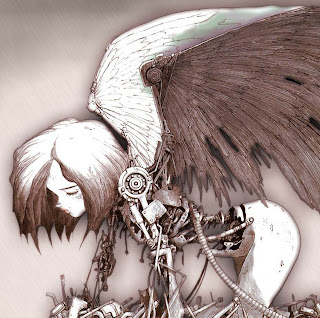 I remember hearing about Cameron being attached to direct the live action adaptation of the sci-fi manga created by Yukito Kishiro, Battle Angel Alita a few years ago and here we are still talking about when OR IF he will make that film.  Instead, Mr. Cameron made Avatar -- which pretty much destroyed Box Office records day and night.

James Cameron did an interview with MTV and said some positive things about HIS film -- which he has not made yet.  He says why Avatar 2 was, well, more important to do than Battle Angel.


“It was a coin toss at that point, but I see the good the ‘Avatar’ franchise could do in terms of keeping a world audience cognizant of our relationship with nature, but in an entertainment context. So, ultimately, I feel there is more good to be done there than with ‘Battle Angel’, [which is] just a great, kickass story.”


A lot of the sci-fi movies we know and love here in America were influenced BY Battle Angel. Movies like Robocop, Total Recall, Cameron's own Terminator and recently The Hunger Games.

Cameron didn't shy away from saying that this movie WILL be made by him and only him saying, "[it] would have to be pried out of my cold dead fingers, but, on the other hand, I’m not gonna – I don’t wanna take it to my grave, either.”

So, when will this film be made?  Only Mr. Cameron knows.  Probably not for another 10 years I bet since he is taking his sweet time with the Avatar sequels.  Whenever this film gets made, I don't expect it to make $500 million dollars in the box office but I really hope to see it made real soon.