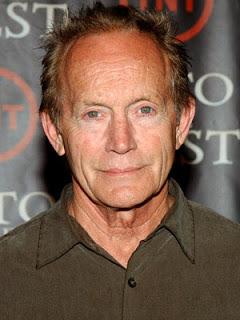 Sequel-Buzz and Kind of Epic Show are proud to present an exclusive interview with Lance Henriksen promoting his appearance at Horrorhound Weekend Indianapolis which starts this friday September 7th and runs until Sunday September 9th. Lance will be announcing new details and unveiling a banner for his comic book To Hell You Ride published by Dark Horse. He also talks about upcoming film projects, Bring Me The Head of Lance Henriksen and In the Blood. In the Blood will be screening at Horrorhound this weekend. Kind of Epic Show delves into the process of voice acting with Lance who can be seen and heard reprising his role as Bishop in the upcoming videogame Aliens: Colonial Marines. Listeners will also be familiar with his roles as Amon's mysterious equalist Luitenant in The Legend of Korra and as the dignified voice of Admiral Hackett in the Mass Effect Series. Having just added the Tron franchise to his scifi credentials with his role in Tron Uprising we took a moment to ask him about what draws him to genre films, both in Horror and in Science Fiction. Lance drew on the creative freedom and the risk taking he found in both. We think that's Kind of Epic...for a human.

The audio interview is embedded below.