No Robots, No Explosions Here: A Look Inside Michael Bay's Home(s) 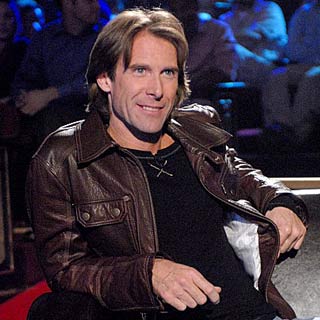 The homes of people who are incredibly talented are always fascinating to the general public, as the places they live and see on a daily basis often reflect who they are and what inspires them. There have even been a number of successful television shows over the years that follow celebrities inside their classy (or ridiculous) cribs to see how they live, in both luxury and style. For director Michael Bay, the highest paid filmmaker in the world, his swank home(s) show off his astute sense of style and décor. All of these things are reflected in his films as well, so it makes sense that these traits would follow him home.

Up until recently, Michael Bay owned a home in the beautiful Santa Barbara area, just north of the metropolis of Los Angeles and the gorgeous gateway to the Central Coast (California), considered one of the most beautiful areas in the world. The home Bay lived in was an architectural marvel, with two floors and many decks inside and outside the home. There is a guest house and an expansive pool, along with windows that overlook breathtaking views of the ocean. The house had four bedrooms and six bathrooms and consisted of a relatively modest 5,400 square feet, that has hardwood floors, a spa and an open floor plan. There is also 1.3 acres of surrounding property, which is impressive in a pricey, beautiful natural area like Santa Barbara. Michael Bay recently sold this Montecito mansion however, for a whopping 6.8 million dollars.

However, Bay still has stylish and beautiful digs elsewhere in America. Across the country in Miami, where Michael Bay’s first film Bad Boys was set, he has a house that tops the Santa Barbara estate he just sold. He moved into a modern mansion previously owned by Hulk Hogan, though Bay took his keen sense of style to the place and made it over on his own. Numerous courtyards at the entrance to the home have been refurbished to capitalize on Miami’s natural beauty—it’s sky, water and trees. To enter the main house, people must walk over large stones dividing one of the many pools on the property. Inside, a squash court was turned into a state of the art screening room for Bay to watch dailies and cuts of other films. There is a spiral staircase in the middle of the home and a floor to a ceiling sculpture consisting of 37 hand-blown crystal pendants. The bathrooms are also incredible works of art in their own right, with etched stone tiles in spa-shower areas. These were completely remodeled when Bay moved in, one of the many incredible touches he has added to the house itself.

Bay is also adding to this marvel of a home. His next addition will be a pool on the rooftop deck that will be made out of huge slabs of aquarium glass. The architect who originally built the house will be constructing this, and just like Michael Bay and his films, the house is his own personal project. The roof deck is another spectacular addition to the Miami home, as it offers panoramic views of the city and the ocean in the near-perfect South Florida weather. What’s most interesting about Bay’s sleek and stylish homes is how relaxed they are, sharply contrasting his fast-paced, high octane films that break box office records every time they come out. Outside of Los Angeles and off-set, Bay’s keen sense of style and beauty seems to focus on décor and design, proving he is more of a multi-faceted talent than many people may know.

----------
The above editorial was submitted by Miranda Perez.
When Miranda isn't blogging about the latest restaurants and trends, she is traveling to discover new and delicious creations. Her frequent flier miles are her most prized possession.
Misc. News