Evan Rachel Wood Cast In '10 Things I Hate About Life' 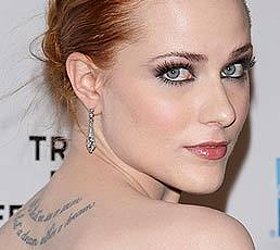 The film is currently in pre-production and will be directed by Gil Junger, who also directed the first movie.  Expect the film to hit sometime in 2014.
Sequel News Spinoff News