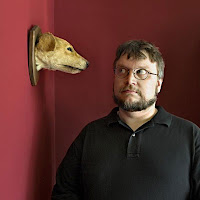 Yet another director has said no to Star Wars Episode VII, this time Guillermo del Toro.  But the director did drop a fellow filmmaker's name who he'd like to see helm the project -- that being Brad Bird.


The director also ruled out the possibility of helming any of the proposed/rumored spinoffs as well. So who should take on the sequel? Del Toro believes it should be a filmmaker who can really dedicate themselves to the franchise, and he has his own suggestion. "I think the fans deserve somebody that is just going to immerse themselves completely. As a geek, I would have loved to see Brad Bird take it," he said.