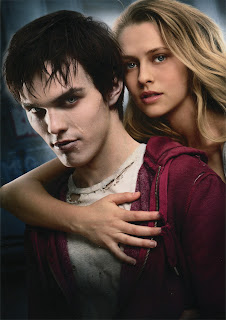 The newest book-to-movie to come to fruition is Warm Bodies, which doesn't hit theaters until February 1, and is already garnering attention for a sequel -- and, yes -- a possible prequel.


“I always kind of had a general idea of what could happen afterwards, [but] I never thought that I was going to have an opportunity to write a sequel”, Marion tells of a story that takes place after the events of the first book (and film).

“I didn’t have it all planned out to the detail but there’s a lot of different references in the book to things happening in other parts of the world. There’s a lot more to tell and the story clearly isn’t finished it’s not intended to seem finished, it seems a little more finished in the movie than in the book but they’re basically just getting started. They’ve triggered something that’s changing things but there’s a big world out there of things that don’t want to be changed. So, yeah I’m working on a sequel right now, it’s not going to be a series, this is the conclusion and there’s also going to be a novella in between, which is sort of a prequel, which I’m done with now actually. I’ve just been wrapping that up in the last couple of days. Hopefully, that’s going to come out in some form, maybe just an e-book for awhile but it’s going to be out there. It sort of sets up the sequel and what’s going to happen and takes place years earlier, the first few days of their new life. It also sort of introduces concepts that’ll be important in the sequel.”