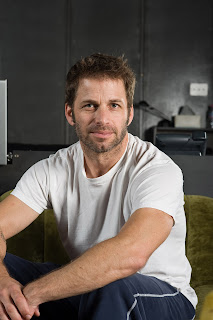 It was reported earlier today that director Zack Snyder was developing a Star Wars spinoff film in the vein of Seven Samurai.  These reports are now being debunked by Snyder's reps.  Sorry, folks, this isn't happening -- the director already has too much on his plate as is.


Director Zack Snyder has come forward to deny a report claiming he's journeying to a galaxy far, far away.

New York magazine's Vulture blog reported Monday that Snyder, the director behind 300, Watchmen and the upcoming Man of Steel, was developing a Star Wars movie. According to the site, the feature would not be part of the planned numbered trilogy but would be an off-shoot tonally in the vein of the Japanese classic The Seven Samurai.