'Hunger Games' Prequel & Other Books We'd Like To Read 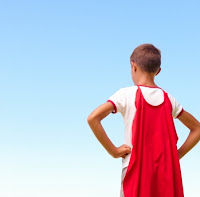 The beginning of the calendar always feels a little sluggish to me - at least as far as entertainment is concerned. Sure, January is the official month of self-promotion and falsely gracious concession speeches (also known as awards show season) but there's rarely any good, fresh movies hitting theaters this time of year. Right now, it seems like all everyone is talking about is "Catching Fire," the second film in the wildly popular "Hunger Games" franchise. The movie, however, won't hit theaters until November 22, so as of press time, all fans have is the book (which all of the serious fans have already read) and some still photos from the set.
So, we must content ourselves to re-watch older films, catch up on television, download games and otherwise bide our time until summer blockbusters give us something to cheer about again. In the meantime, there are some books I'd love to read, if only they existed:

Who else wants to know more about the decades-old rebellion that threw Panem into chaos and resulted in the dystopian future inherited by Katniss, Gale and Peeta? I'd love for Collins to write more about the pre-rebellion society, geography of the districts and development of the capital as an wealthy and absolute ruler over the twelve districts left to perpetual indentured servitude.
I'd also love to know what happened in District 13 during the rebellion. And, of course, in the 75 years it took them to intervene on behalf of the remaining districts of Panem.


An Honest Re-imagining of Twilight

I'm not asking for a sarcastic rewording of the story, but perhaps a (hopefully less verbose) adaptation that honestly discusses what is really going on with Bella. Doesn't anyone else notice the rather obvious pattern of behavior she exhibits? She acts an awful lot like a drug addict.
Let's play a game called "symptom of drug addiction or classic Bella Behavior" (answers at the end):
The answer to 1 through 6? Both Bella and drug addiction! Let's see an intervention style approach where we're honest about how bad Edward is for her and the consequences of her actions, should she choose to continue pursuing a life with him.

Well, really I'd love to see the daily musings of any member of the Avenger initiative. The movies spend so much time on big issues and super-feelings that I'd like to know what they ate, what they read online that annoyed them and some other more mundane details of an otherwise extraordinary life. What does Captain America think about Twitter? Does the Google maps iPhone app make navigating the big apple easier or not so much? Who makes the best coffee (and the worst coffee) on the helicarrier? What's the water cooler chatter like when Nick Fury isn't around? I'm not asking for hundreds of pages, here, but a little light reading would get me in the mood for the next round of Marvel superhero antics.
What non-existent books would you be reading if you could? We'd love to hear from you in the comments!