'Poltergeist' Reboot Will Be A Sequel 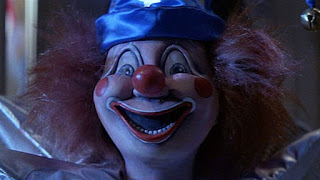 This is a trend I definitely want to see continue!  Just like the Sam Raimi produced Evil Dead reboot, this new Poltergeist will work as both a reboot and a sequel!


Firstly, the Kenan-directed Raimi-produced reboot – much like the “Evil Dead” remake – exists in the same world as the previous “Poltergeist” films. So while it is a ‘reboot’ of the franchise, it’s also somewhat of a sequel – taking place years after the Freeling’s were ran out of town.

In one scene in the new film, the kids’ find some things behind the sliding panel in the attic. Yep, you guessed it – they find some of the Freeling’s possessions, intentionally left behind. There’s the Star Wars bed sheets (from Robbie’s room), a black-and-white TV set (why, of course!), and some Christmas decorations.