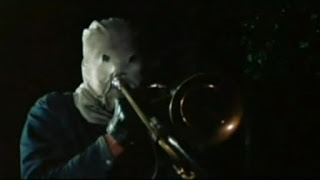 Jason Blum, who has been producing some quality horror movies as of late (Paranormal Activity, Sinister, The Purge), opened up a little about an exciting remake that he and Ryan Murphy are producing -- The Town That Dreaded Sundown.

What's interesting is that Collider's Christina Radish's wording of her question -- "acknowledges that the previous film existed?" -- and that has me a bit intrigued, as that would no longer classify this as a remake, but rather a sequel/reboot (ala Evil Dead and Texas Chainsaw 3D).


What prompted you to remake The Town That Dreaded Sundown, and how did you decide on a version that acknowledges that the previous film existed?

BLUM: Ryan Murphy found the movie, brought it to me and said, “I wanna do it.” I didn’t find it. He brought it to me. I think he is an amazing, creative force, especially with horror. I think he thinks about horror in a really unique way. So, he pitched it to me and I really wanted to work with him. I didn’t know the [original] movie. That’s what got me interested in it. I have had a really good working relationship with him. And the whole point of why my business exists and why I’m such a fanatic about making movies inexpensively is that you get to do different stuff. We just wanted to try it. That’s the fun thing. When you don’t have a $20 million horror film, which is a typical horror movie studio budget, or a $180 million tentpole budget, looming down at you, you can try new stuff. It may work or it may not work, but the fun is that we can try. It’s a really weird movie to remake, and I really like doing weird things.