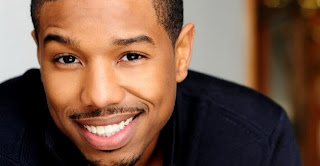 Another Rocky movie is in development...sort of.  Actually, it's a spinoff titled Creed -- which will tell the story of Apollo Creed's grandson, to be played by rising star Michael B. Jordan (Chronicle, Fruitvale Station) and his desire to become a boxer.  With no one to mentor him, he turns to the only man to ever take his grandfather "the distance", enter Rocky Balboa, who will once again be played by the ageless Sylvester Stallone.


MGM is setting Ryan Coogler to direct Creed, and the studio is in early talks with Coogler’s Fruitvale Station star Michael B. Jordan to play the grandson of Apollo Creed in a continuation of the Rocky saga that Coogler is going to write with Aaron Covington. Sylvester Stallone will reprise Rocky Balboa as a retired fighter-turned-trainer. This comes in the wake of a strong summer platform opening for Fruitvale Station, the film that won both the Grand Jury Prize and the Audience Awards at Sundance, and captured Prize Of The Future at the Cannes Film Festival, where Coogler and Jordan were the toast of the Croisette. Coogler intends for this to be his directorial follow-up to Fruitvale Station so the intention is to make it happen quickly.