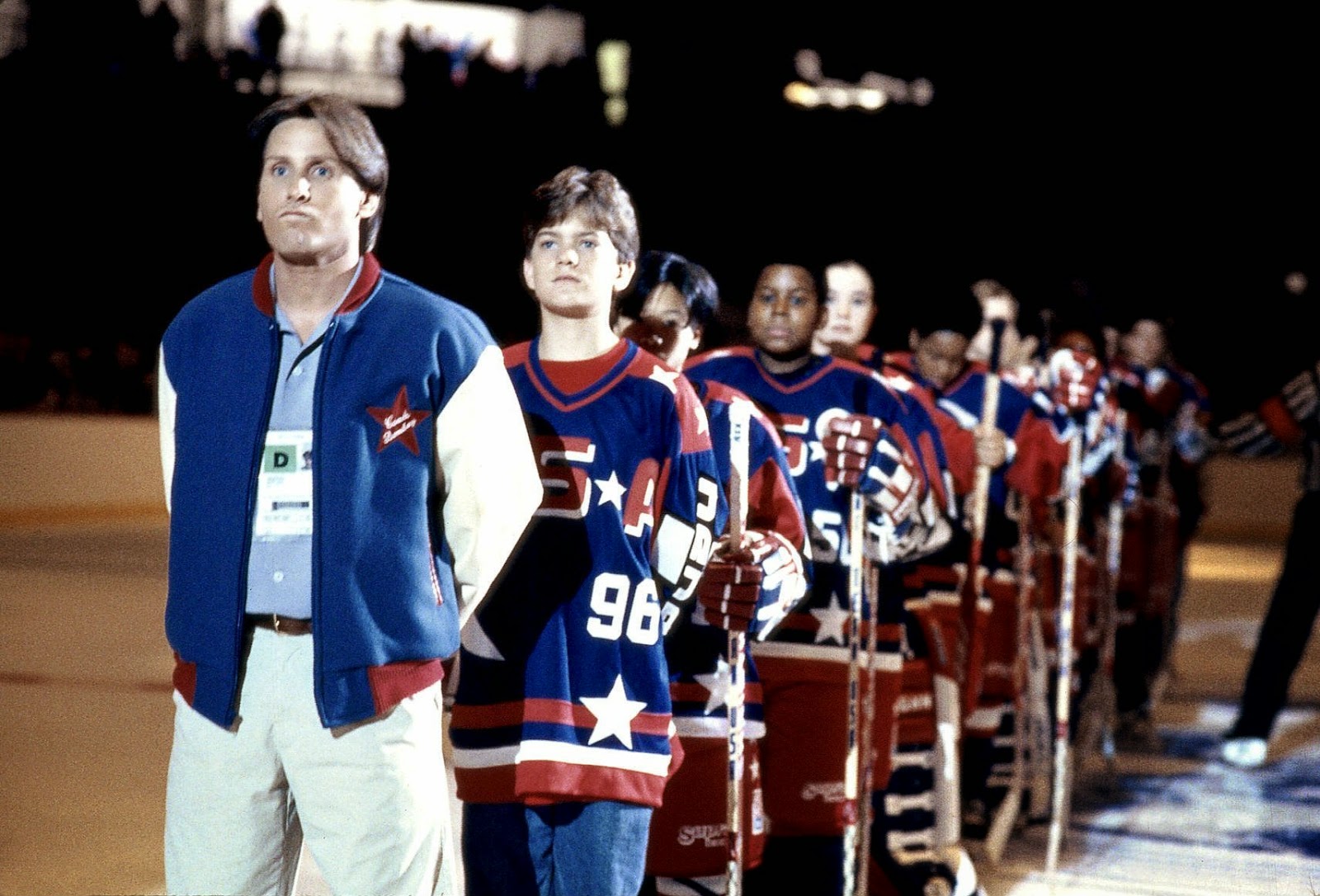 Today's sequel is 1994's D2: The Mighty Ducks.  In this sequel, we see the return of coach Gordon Bombay played again by Emilio Estevez and the District 5 pee-wee hockey team, this time playing at Team USA in the Junior Olympics.  Team USA, which is still very much the District 5 Mighty Ducks (with the addition of a few new faces) face off against a team much better than the Hawks of the first film: Team Iceland.

Breakdown:
Gordon Bombay is coming off a knee injury in the minor leagues when he is called back into action to coach the Team USA hockey team for the Junior Goodwill Games, which is comprised mostly of his former team the Ducks with the addition of a few new faces from around the country.  Star player Charlie Conway (Joshua Jackson) takes on more of a coaching role to clear a roster spot for a new player.  The Team USA Ducks must face off against the heavily favorited Iceland team in the championship.

My thoughts:
This is another fond movie from my childhood.  I absolutely loved the first movie, so when I heard there was a sequel I just had to see it -- and I wasn't disappointed.  D2 wasn't a rehash of the first movie at all, I mean, maybe the end result is the same, but that's about it.  The problems the characters face are worlds apart.  My favorite scene hands down is when they come back out from halftime no longer wearing their Team USA jerseys, but now sporting some super-sleek white Ducks uniforms.  As a kid, this was chill-inducing.