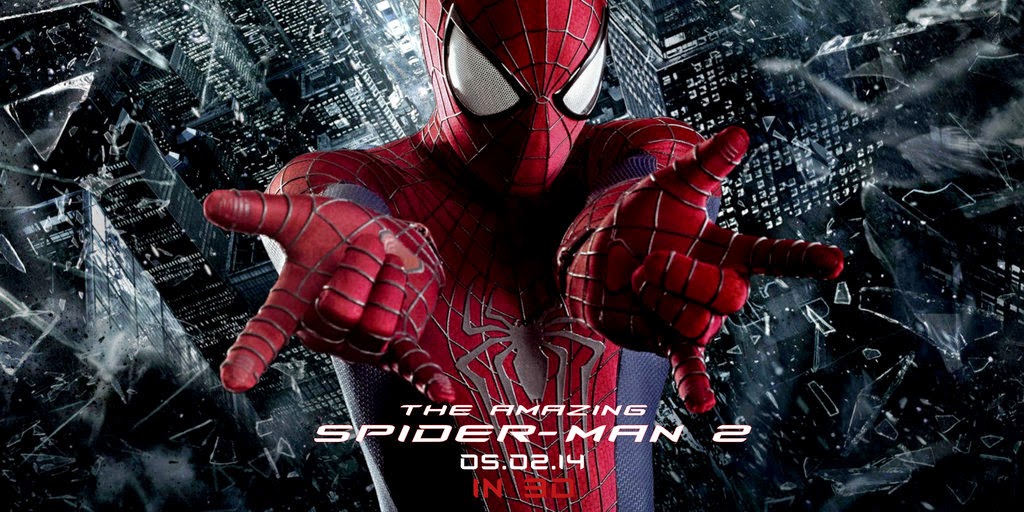 I thoroughly enjoyed The Amazing Spider-Man, it was a fresh take on a character that quite frankly grew a little stale midway through Sam Raimi's Spider-Man 3. So, naturally, when trailers and TV spots for Marc Webb's The Amazing Spider-Man 2 started to pour through the grapevines, my curiosity began to grow – which then turned into utter excitement.

I was a little skeptical at the number of villains that appeared to be in the movie (Electro, Rhino, Green Goblin), but after seeing the film, that's not so much a big deal.

Okay, now here's the positives: the chemistry between Andrew Garfield and Emma Stone remains electric. You can't help but feel a true connection between the two. That being said, there's a critical scene near the end of the movie that will tear on your heart strings.

Also, it appears that Spidey has truly honed his skills as Spider-Man, when he's swinging around, he owns New York City. And as Peter Parker, he's incorporating more detective work, which I didn't mind at all – tracking down his father's old laboratory and discovering that the genetically altered spiders were laced with Richard Parker's DNA, so, by nature, only a blood Parker can be turned into Spider-Man. Sort of a cop-out, but I'll take it.

I could probably go on with some positives, but it'd essentially be a rehash.

Now for the negatives. The film focuses too much on setting up future movies, rather than focusing on the movie at hand. I understand that a Sinister Six movie is coming, but I'll worry about that when it comes.

Electro is a formidable foe, even if he is something we've seen before. He's got the personality and back story of The Riddler, looks like Mr. Freeze, but has the powers of Electro. One of my favorite scenes between him and Spider-Man is actually right after he becomes Electro but isn't quite a villain yet. He's pleading with Spidey for his help with understanding what has happened to him in the middle of Times Square.

The story of Harry Osborn's transformation into the Green Goblin is something I felt that could've been held off for another movie. Maybe hint at it, but that's it. It felt rushed. Now for Rhino, who actually only becomes Rhino in the last scene of the movie, is something I wouldn't have minded seeing more of. The fight sequence between Rhino and Spider-Man looked to be developing into something pretty cool.

All in all, The Amazing Spider-Man 2 was a decent follow-up. It wasn't necessarily better than the first movie, but it wasn't worse either – pretty much on the same plane. It does, however, leave something to be desired in the third movie (and you'll know what I mean if you've seen the movie).