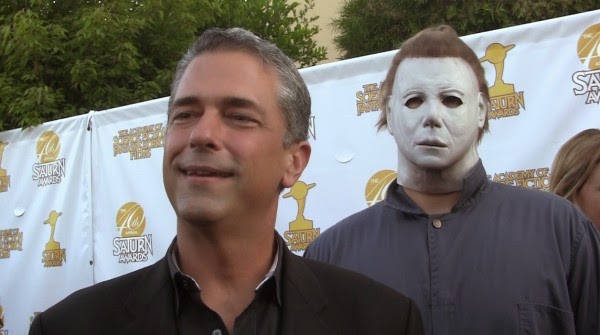 HALLOWEEN series producer Malek Akkad was recently interviewed and was asked about the abandoned HALLOWEEN 3D project that was to be directed by Patrick Lussier and written by Todd Farmer (the team behind MY BLOODY VALENTINE 3D) and the direction of the newly announced HALLOWEEN 3D.

Here's what Akkad had to say regarding whether or not the new sequel will connect to the Rob Zombie films...


Will the potential Halloween 3D follow the characters from the Zombie franchise?

And here's what he had to say about the Lussier-Farmer HALLOWEEN 3D...

AKKAD: Todd Farmer and Patrick Lussier did a script. The next day after the last one came out, we were back in production for Halloween 3D. We were about two weeks from going down to Louisiana to shoot it and for whatever reason, the studio thought we were maybe moving a little bit too quickly. I disagree. I think we had a great script and a great team and it would have been a massive hit. But right now we’re currently working on a new script for Halloween 3, so it’s all in the works right now.