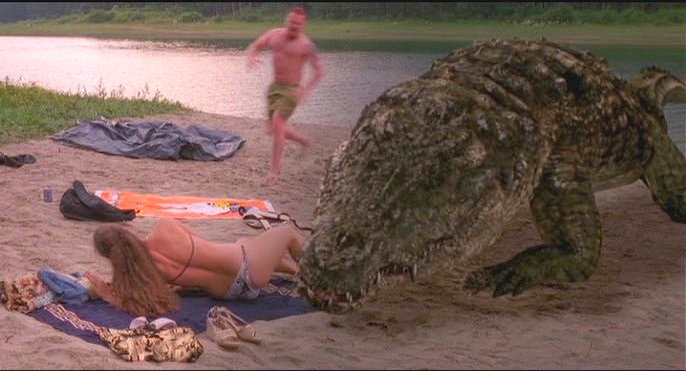 Today we look at a sequel that no one really saw coming, but somehow was "good enough" for warrant two more future sequels.  Of course, I'm talking about the 2007 TV sequel LAKE PLACID 2!

Breakdown:
In the sequel to the feature film, man-eating crocodiles return to the lake as two males and one aggressive female crocodile, which is protecting her nest, wreak havoc on the locals.

My thoughts:
It's just one of the movies you shake your head at.  Yeah, maybe the premise was kind of, sort of, cool, but -- no, I just can't.  LAKE PLACID 2 was completely unnecessary.  Now how many times have I said that?