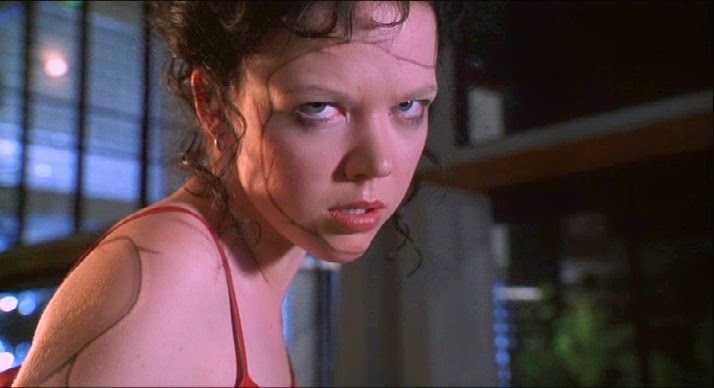 In 1999, a controversial sequel came to fruition, a movie that was almost immediately shunned.  On its own, it's a decent teen slasher, but as a sequel -- well...here's THE RAGE: CARRIE 2!

Breakdown:
After the suicide of her only friend, Rachel has never felt more on the outside. The one person who reached out to her, Jessie, also happens to be part of the popular crowd that lives to torment outsiders like her. But Rachel has something else that separates her from the rest, a secret amazing ability to move things with her mind. Sue Snell, the only survivor of Carrie White's rampage twenty-two years ago, may hold the key to helping Rachel come to terms with her awesome, but unwanted power. But as Rachel slowly learns to trust, a terrible trap is being laid for her. And making her angry could prove to be fatal.

From Anthony Pereyra on IMDb

My thoughts:
I can actually remember being quite excited for CARRIE 2 when I was younger.  Hell, even after seeing it, I liked it.  And honestly, I still do.  Admit it, it's not that bad!