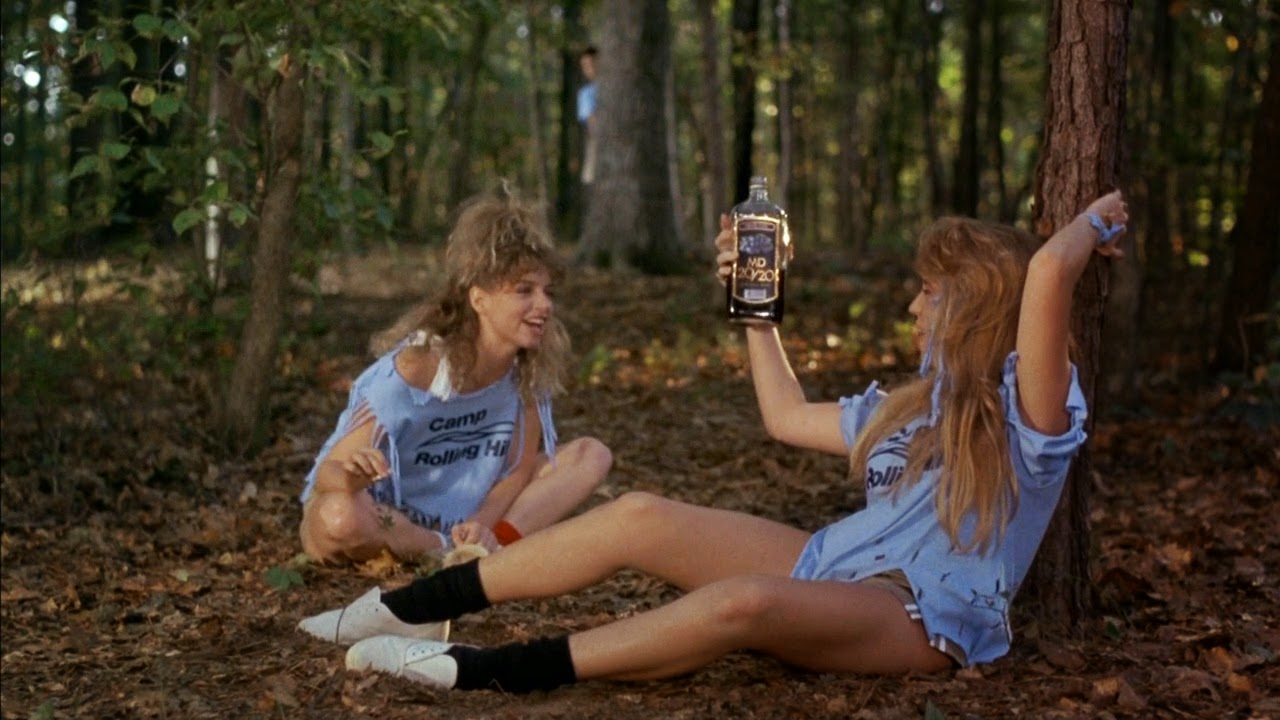 Today we look at one of the campiest camp slashers of all time.  Yesterday we took a look back at RETURN TO SLEEPAWAY CAMP, but here's 1988's SLEEPAWAY CAMP II: UNHAPPY CAMPERS!

Breakdown:
Angela Baker has undergone years of therapy, electro-shock and sexual reassignment surgeries, and finally landed herself a job in the last place she should be working - camp rolling hills. She has an old fashioned approach as to how camp should be, and an old familiar deadly way of making sure that those who don't follow her rules don't get to come back next summer.

From Dismal Angel on IMDb

My thoughts:
I loved the first SC, so when I later learned that there was a sequel, it instantly became a must-see.  And to this day, it remains one of my all-time favorite camp slashers.  It's as if everything that was good about the '80s was rolled into one super-fun movie.  My recommendation: see it.