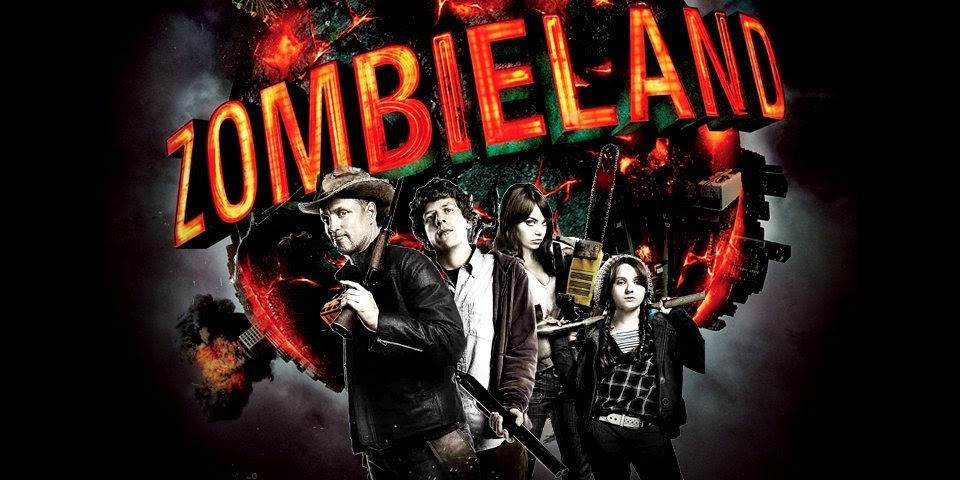 Remember that news from a few months ago that a ZOMBIELAND 2 has been scrapped in favor of a TV show?  Well, I sort of do (there hasn't been any movement on the project since casting), but appears that Sony is pulling another 180 on us, and has decided to go back to the sequel route.

I have one thing to say about this: HELL YEAH!

I am a huge fan of the first ZOMBIELAND and was never really on board the TV show -- so with the news that a sequel is being fast-tracked with Reuben Fleischer set to return to direct, what's not to get excited about?

No word on whether the original stars will return or not, but here's to hoping they find the time!


Sony Pictures looks to be getting more serious about mounting another installment of Zombieland. Studio just hired Dave Callaham to write the sequel under the supervision of Ruben Fleischer, who’ll return to direct. Callaham’s script Barrow became The Expendables, and his recent credits include Legendary’s revival of Godzilla, and most recently Jackpot, a Focus Features film based on a story by Swedish crime writer Jo Nesbo that has Will Gluck producing. It was that darkly comic tale that sparked Sony to hire him for the Zombieland sequel. Callaham also did a production rewrite on Marvel’s Ant-Man. Insiders at the studio said no deal with Fleischer, but that of corpse they are getting serious about mounting the sequel of a 2009 cult favorite sleeper film that grossed $100 million worldwide. Not sure if the participants will be back; pretty much all of them have soared since making the original, from Jesse Eisenberg to Emma Stone, True Detective’s Woody Harrelson, Abigail Breslin (who plays the title zombie in the upcoming Maggie), and Bill Murray, who’s upcoming in St. Vincent. Latter wasn’t properly positioned for a return and if he wouldn’t do another Ghostbusters, a reprise here couldn’t be as cool as it was the first go around. UTA and Kaplan/Perrone rep Callaham along with attorneys Gretchen Rush and Dan Fox.

What do you think about ZOMBIELAND 2?