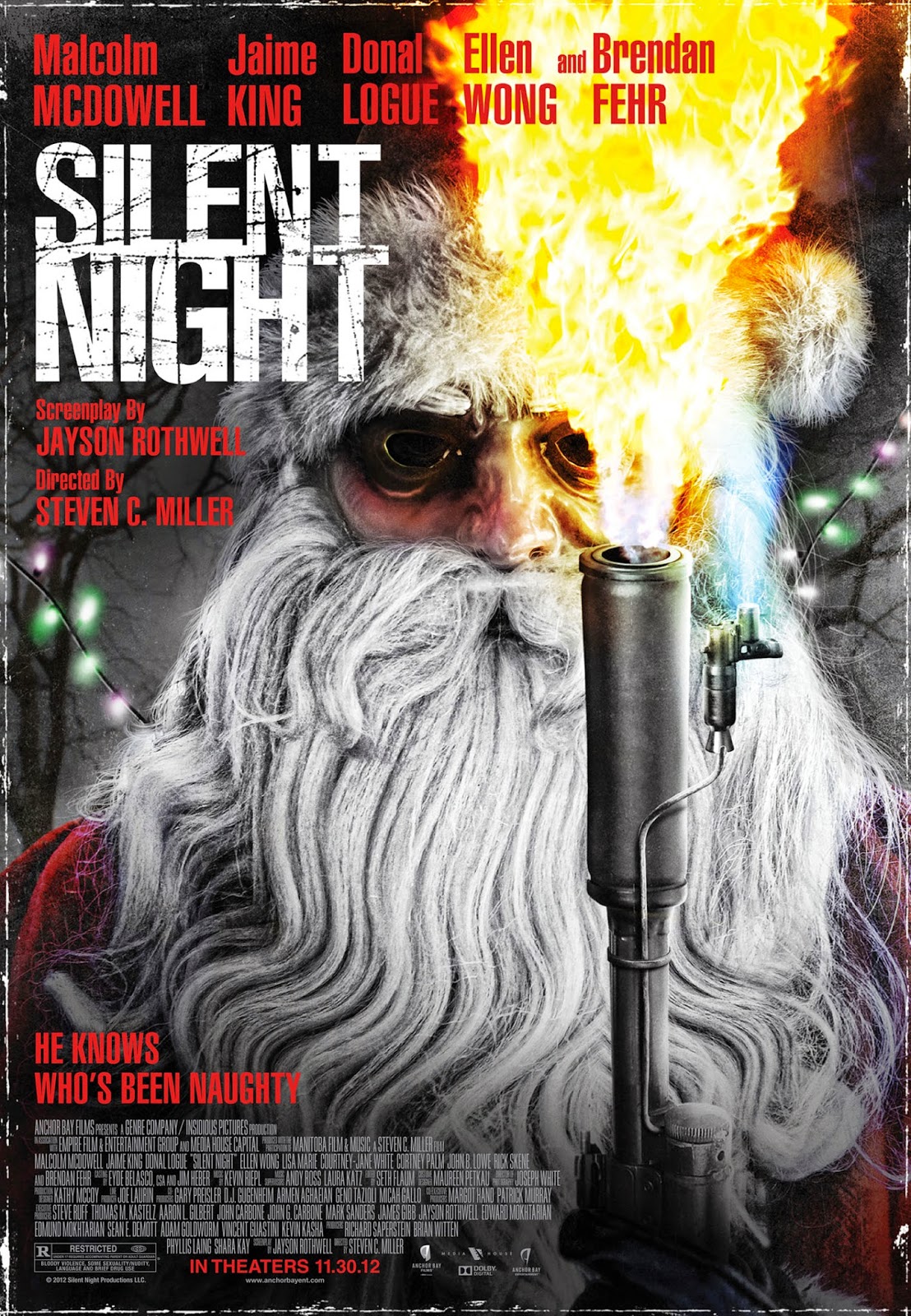 Today's sequel is actually a remake, but it still fits nicely in this category.  It feels more like a stand-a-lone movie than a remake, but 2012's SILENT NIGHT is one helluva fun movie!

Breakdown:
The police force of a remote Midwestern town search for a killer Santa Claus who is picking off citizens on Christmas Eve.

My thoughts:
I saw SILENT NIGHT when it was first released, and I went into it with very vague memories of the first two SILENT NIGHT, DEADLY NIGHT movies.  I came away loving the 2012 update.  The very subtle homages to the first two were real treats.  If you haven't seen SILENT NIGHT due to some hatred of remakes, then you're doing yourself a grave disservice.  We have a real creepy killer Santa on our hands here!