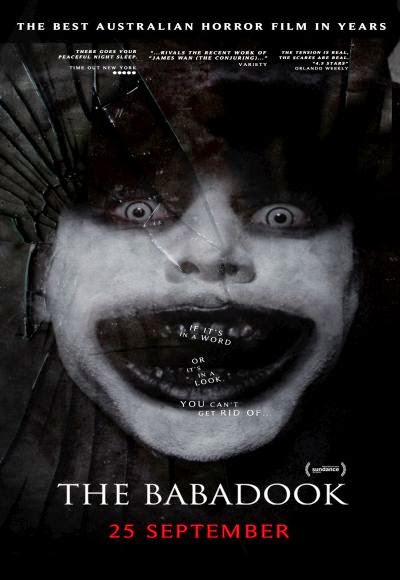 The Babadook is old news, I know. I viewed if for the first time a few weeks ago and it's been a top of discussion in a lot of my horror movie Facebook groups. Within these groups, I have noticed that there are people who fell head over heels in love with it and others that would rather watch a puppy choke. Within this article, I'd like to take a moment to dive into why I was in the batch of viewers that fell and fell hard for The Babadook.

The Babadook is an Australian psychological horror film written and directed by Jennifer Kent. Call me a feminist but the fact it was written by a woman definitely was a point that caught my attention. It was released here in the states on November 28th, 2014 and grossed $913,720 here in the US and grossed $4,830,720. That is more than double the estimated production budget of $2 million.
The wiki facts of the film weren't something that I looked into before viewing it. I was simply going off of friend's reviews which usually included something along the lines of  "JUST WATCHED THE BABADOOK AND IT WAS BAD ASS!" or  "Just watched The Babadook and I want that 95 minutes of my life back, I didn't get it." When a movie gets hot and cold reviews like that, I get excited. What could possibly make people divide so 50/50 on something as simple as a movie. When I finally watched it, I quickly realized why.

After going from Redbox to Redbox trying to find a place to rent it, I buckled down and rented it on our cable providers movies on demand. I think the price was $4.99 for a 24 hour rental. My husband and I were eager to plop on the couch and start the show. I was immediately sucked in.

(These next couple of paragraphs will probably contain spoilers. You've been warned.)


Reviews The Babadook The Horror Hive