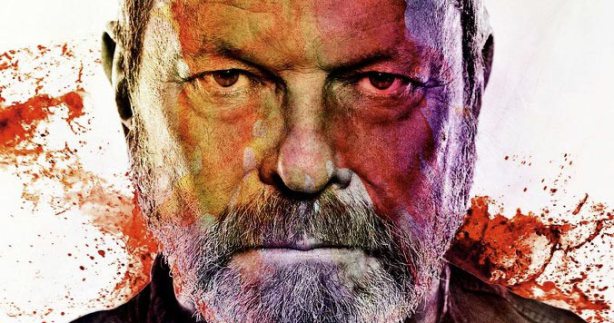 It’s abundantly clear that Gilliam is still trying to mount his long-gestating production of “The Man Who Killed Don Quixote.” “It’s my madness!” Gilliam laughed about the project that he cannot let go and which won’t let go of him. It’s had several delays over the last year few years, but if all goes according to plan, the movie will shoot in early 2016 with Jack O’Connell (“Unbroken”) and John Hurt (“Only Lovers Left Alive”) as the two leads. Gilliam wouldn’t comment about any other casting rumors or why the film has experienced so many false starts, but revealed ‘Quixote’ is part of his recently signed Amazon deal. According to Gilliam, Amazon’s approach will be a theatrical window and release followed by a streaming Amazon debut at home. “I’m intrigued by their way of doing it,” the director said, noting streaming services were a fair extension of home video. “They go into the cinemas first and then a month or two afterwards they go into streaming. And I think that’s good because you get a chance to see it on the big screen, and yet I know that more people have seen my films on DVD than they have in the cinemas and that’s the reality of life now.” Amazon Studios are partly funding the film as well and the filmmaker is heartened by the rise of streaming services like Amazon and Netflix, which are willing to take risks in order to compete in the marketplace with the existing studios. Terry Gilliam has never had the easiest relationship with Hollywood: “Brazil” was held hostage until he took out ads in the trades to force its release, the over budget “The Adventures Of Baron Munchausen” almost threw him into director’s jail (it likely would have, had he not landed the director-for-hire gig of “The Fisher King”) and he butted heads with TheWeinstein Company throughout the making of “The Brothers Grimm.”  But no matter the increasing difficulties that the independent financed film world faces, Gilliam remains unbowed and undeterred.

Amazon and the like are interesting because they are all still in their formative stages,” he said. “They’re not a bureaucracy that has been around for years like the studio system, and so they’re full of people that are open to new and fresh ideas. So it’s a good time to be working with people like that.”
What else might Gilliam produce through his Amazon deal? “I’ve got a couple other things I’m playing with,” he said. “A couple of old scripts that have been wallowing within the studio system; we’ve got them out, so we’re going to stretch them out. So what was going to become a two and a half hour movie will now become a six-eight part TV series.”

Gilliam said the long-form mini-series methodology was a great new format to get him excited about old projects that have sat  dormant for several years. “Many of my films I’ve had to compress them more than I would have liked,” he explained. “So things like ‘Defective Detective’ and ‘Quixote,’ they’ve all been sitting around for quite a long time and to me the trick is a way of invigorating me about them so they still have a life.”
Amazon Buzz'd General Movie News Terry Gilliam