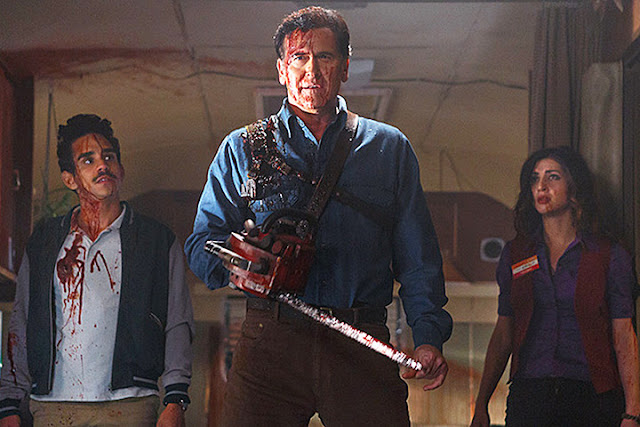 The first season of Starz's ASH VS. EVIL DEAD hasn't even debuted yet -- and a second season has already been granted!


It’ll be a double celebration tonight on Hollywood Boulevard for director/executive producer Sam Raimi, Bruce Campbell, Lucy Lawless and the rest of the Ash Vs. Evil Dead gang. Not only will they be whooping it up at the Starz series’ red-carpet premiere at the Chinese Theater with a performance by Iggy Pop, but they’ll also probably be pulling the chainsaw cord in joy over being picked up for a second season.