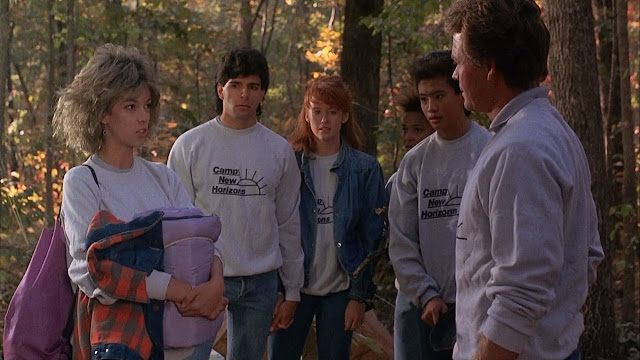 Breakdown:
Angela is back, in the form of an angry inner-city camper on the hunt for blood. Camp New Horizons, on the recycled grounds of the former murders, intends to pair high-class teens with underclass counterparts. Angela, however, has a different plan. Will it be door number one, number two, or number three

My thoughts:
I knew SLEEPAWAY CAMP II had a small budget, but SLEEPAWAY CAMP III had an even smaller one -- and it doesn't really matter.  SC3 still manages to be highly entertaining and add to the story that SC2 continued.  One of my favorites, no question...and I'm absolutely thrilled that SC2 & 3 finally got a Blu-ray release.