Showing posts from April, 2000
Show all 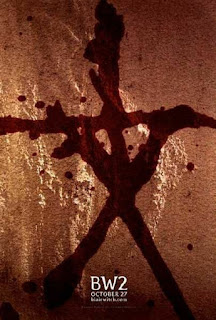 Here is a pic of the Blair Witch 2 poster that is showing up in theaters. A teaser trailer is currently attached to UK copies of the Blair Witch Project VHS. I'll try to get a description of the trailer soon.
Post a Comment
Read more

4/24/2000
Do you have your heart set on a sequel to "Roger Rabbit"? Well start wishing for something else, I suggest wishing for a sequel that has more of a shot of actually being made.

While talking to Liz Smith, Frank Marshall growled that "After we budgeted the project, we realized it would simply be too expensive -- way, way too expensive. The first Roger Rabbit only had 40 minutes of animation. The second was going to have twice that much."

Marshall then hissed (ok.. so he didn't growl or hiss anything, but it does make the story more interesting) that the first film's budget was $50MIL and, "that was nearly 15 years ago. Today, its cost would be prohibitive."
Post a Comment
Read more
More posts