Showing posts from December, 2009
Show all

12/31/2009
The trailer for the much anticipated Sex and the City sequel has hit the web...and thanks to Moviehole for providing the embed...
Post a Comment
Read more

James Cameron talks a little Avatar 2 in this piece from Moviehole...Looks like TCF’s decision not to print any “free tickets” to Avatar (as in, in-season double passes) will pay off. James Cameron’s spectacular-spectacular has about $50 million shy of making its money back. By the end of the month, Cameron might just have enough coin to breathe, relax for a week, and then make his inevitable sequel.

Speaking of the sequel, Cameron told The L.A Times that the next movie (he has a trilogy planned) won’t necessarily be set on Pandora. There are a few other moons orbiting the distant Polyphemus he wouldn’t mind getting up close and personal with.

‘’We have some story ideas about how to branch out into other moons of Polyphemus and the Alpha Centauri A (ACA) solar system’’, the filmmaker said in a video interview with the website.

With a lot of the sets already built, creatures designed, cast, er, already cast, and treatments penned, Cameron says he could knock “Avatar 2” out a lot quicker t…
Post a Comment
Read more 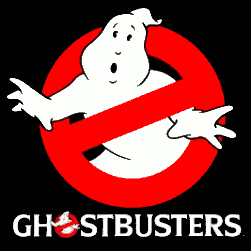 Here's a small Ghostbusters 3 update courtesy of Clint over at Moviehole...If there’s one thing I know, when it comes to “Ghostbusters 3” we shouldn’t get too excited – or take what either Dan Aykroyd or Harold Ramis says about it as gospel.

You see, the film has been in development for more than a decade (Aykroyd was stumping his “Ghostbusters in Hell” script around Hollywood before the first “Star Wars” prequel got greenlit) and the cast (well, everyone but Bill Murray – who’s never seemed that keen to bring Venkman back to cinemas; still doesn’t seem over enthusiastic.) has been talking it just as long, if not longer – especially Aykroyd, who, given any and every opportunity, will swear black-and-blue it’s ‘happening’.

Granted, things do seem like they’ve inched forward in the “G3” department – the film has writers (Lee Eisenberg and Gene Stupnitsky, the Emmy-nominated writer-producers on the Steve Carell version of "The Office"), Bill Murray is said to be onboard (thou…
Post a Comment
Read more

This not-so-surprising news comes courtesy of Moviehole...Producer Dan Lin, out stumping “Sherlock Holmes” (read my review here), tells Collider that he’s not sure that he (or Warners) will be involved in the next “Terminator” movie.

With Halycon having to sell the rights to get out of the red, it’s likely the new owner (which, mind you, could be Warner – but more likely Sony, or the oft-rumoured Summit), will have their own distributor (if even domestically) ready and waiting to send “T5” out in cans.

‘’We’ll know more in the beginning of February. It’s being sold in an auction process. Several studios are bidding and independent financiers are bidding on the rights, but we won’t know until we go through the court auction process’’, Lin says, adding ‘’Warner Brothers may be one of the future studios bidding. I don’t know because I don’t work for Warner Brothers, but don’t know. The actual studios bidding have not made themselves public.’’

This comes from Moviehole...The Hangover 2 Those boisterous blokes at the center of the 2009 hit might be headed to Thailand next time 'round, according to CHUD. Funnily enough, writer/director Todd Phillips had written a sequel to "Old School" which would've also taken place in Thailand. I guess since that's seemingly not happening anymore (Will Ferrell wasn't keen), Phillips is free to shift both the locale, and some of the gags no doubt, over to "The Hangover 2". Meantime, Heather 'Rollergirl' Graham tells E! she's got some ideas for the sequel (likely too late love, sounds like Phillips has his script complete). "I think Stu should get her pregnant, and that she should do a pregnant strip dance. I know it sounds so wrong, but it sounds so right. That'd be really cool. Seriously, I wish. We need to get someone to write that script."