'Batman 3' Has A Release Date 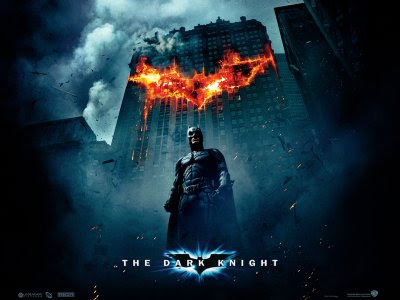 This comes from Moviehole, the release date for the highly anticipated Batman 3...

A couple of days back Imax sent us - well, an IMAX water bottle, and - a list of flicks that they'd be unspooling over the next two-three years on their rather-biggish screens. On that list of upcoming product were flicks like "The Hobbit", "Superman" (3.0), and a new Chris Nolan-helmed "Batman" picture. Most of the features listed didn't include an exact release date, just a 'heads up' that they'll be 'playing at your local IMAX' sometime between 2011 and 2013.Still cool all the same.

We've at least now got a release date for one of those flicks - "Batman 3" (or whatever the heck they're currently calling it) will be out July 20, 2012.

"The Dark Knight" was released in July of 2009, so no surprise that director Nolan and Warner Bros would squat on that date.

Though there's no concrete details on the film's storyline (most predict 'The Riddler' and 'Catwoman' will be the villains though) at the moment it's believed the new "Batman" flick could be filmed completely in IMAX.