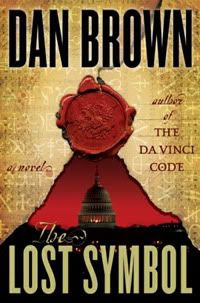 The author of The Da Vinci Code is currently writing the screenplay for the sequel, The Lost Symbol...

Columbia Pictures is developing the film version of Brown's most recent novel, which was published in 2009 and sold more than a million copies in its first day on shelves. In it, Brown's regular protagonist, Harvard symbologist Robert Langdon, gets mixed up with the Freemasons in Washington, D.C.

The 2006 adaptation of "The Da Vinci Code" and the 2009 version of "Angels & Demons" grossed $1.24 billion at the worldwide box office for Sony. But this is the first time Brown has taken on screenwriting duties. Akiva Goldsman penned Da Vinci, and co-wrote Demons with David Koepp.

Oscar-nominated "Eastern Promises" scribe Steven Knight first took a run at the "Symbol" screenplay. Although Ron Howard and Brian Grazer's Imagine Entertainment is once again producing, Howard, who directed the first two Brown adaptations, has not committed to directing "Symbol." Nor has star Tom Hanks officially come on board to reprise Langdon.

Thanks to Yahoo! Movies.