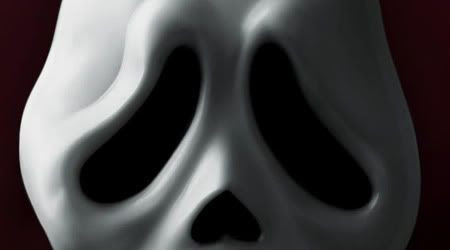 Fun World director RJ Torbert responded the criticism of NECA's new 7'' Ghostface figure. Fun World, as you know, are the makers of the iconic Ghostface mask.

First, I would like to congratulate NECA on a job well done. As I have mentioned in earlier interviews there are "reasons" for things unfolding the way they have and I extol their ability and determination on this project. I also think they were very gracious in releasing a "prototype" image of the figure to the "SCREAM" "GHOSTFACE" followers instead of a "production" figure. By doing this they showed appreciation and respect to the fans which I think is terrific. Yes, there has been "some" criticism which everyone is entitled to do when giving their opinion. There have even been some comments such as. "Who let this pass?" The answer is me. The buck stops here at this office when it comes to GHOSTFACE and the approvals so the criticism can be directed at me or my office should they decide to do so. I was in constant contact with Neca thru the stages including while I was in Hong Kong. They are a terrific group of hard working people who I think did something original with the mixture of cloth and plastic and I m confident the sales results will make it a very successful item and quite possibly a collectors piece.

QUESTION-----the fact that NECA did a ZOMBIE GHOSTFACE. Figure. Has many thinking its in the film and quite possibly a spoiler (according to certain websites)
Answer---- NOT TRUE-----ZOMBIE GHOSTFACE license was granted to NECA on merit alone. They were informed there were no guarantee about its placement in the movie. I stand by what I have stated all along---- regarding the other masks----- there has never been confirmation on usage or not being used ----in the movie and Neca understood this. It makes a terrific figure whether its in the movie or not.

I hope everyone has a happy healthy and wonderful holiday season as well as a great 2011. I sincerely wish that all of you are fortunate enough to do a random act of kindness for someone during the year.
With best wishes
R J Torbert
Director-Fun World

Thanks to John Valeri of the Scream Franchise Examiner for the excerpt.