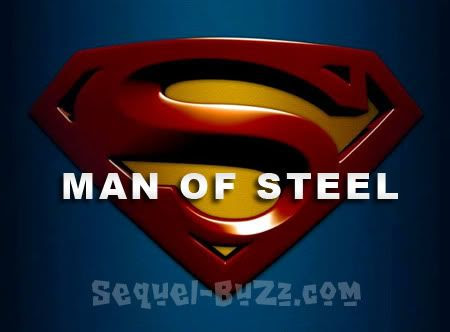 Hans Zimmer, who scored The Dark Knight, has been brought in to do the next Superman movie, Man of Steel. And on another note, Christopher Nolan's work on the movie done. Here's some of what Moviehole had to report...

Hans Zimmer, the maestro composer of Christopher Nolan’s “The Dark Knight” and “Inception”, has been hired to score “Man of Steel”.

Speaking to NBC (via Aint it Cool), Zimmer said “It’s a hard one, but I followed one of the most iconic things on Batman with Chris as well, and it’s the same thing. You are allowed to reinvent, but you have to try to be as good or at least as iconic and it has to resonate and it has to become a part of the zeitgeist. That’s the job. On Gladiator I remember people always talking about Spartacus and I kept telling them, ‘When you saw Spartacus and how it affected it you, that’s how I want a modern audience to be affected by what we do now.’ So I think ultimately you’re supposed to reinvent.”

The other big bit of news? Not necessarily a good thing… Christopher Nolan is no longer involved in the film. Well, he has been…He’s just done his part. More so, he’s too busy with “The Dark Knight Rises” to concentrate on another big superhero movie, says producer Emma Thomas (over at HitFix). Fair enough… but wow, still hope Nolan gets his five cents in in terms of casting!

Thanks to Moviehole and all other publications involved.