Showing posts from August, 2012
Show all

8/30/2012
Michael Keaton has joined the cast of the RoboCop remake, replacing Hugh Laurie.  So nice to see Keaton doing more things.
BREAKING: Michael Keaton has been set to play the role of Raymond Sellars in the MGM/Columbia Pictures’ RoboCop remake. Sellars is the CEO of the corporation that builds RoboCop, a role that Hugh Laurie was expected to play until he dropped out before consummating a deal. The film, a re-imagining of the 1987 Paul Verhoeven cult classic, is scheduled to begin shooting next month. RoboCop will be released on August 9, 2013. Keaton joins previously announced Joel Kinnaman, Gary Oldman, Samuel L. Jackson and Abbie Cornish in the Jose Padilha-directed film. “Michael is the final addition to the amazing cast we have assembled for this film and it is so great to have the last puzzle piece in place. It is thrilling that everything has come together to bring this innovative new vision of RoboCop to life. We’ve got a great script, a great cast, some killer ED-209’s and I…
Read more 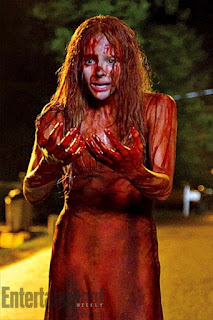 The first image of Chloe Moretz in the Carrie remake has been released.  What's even better is that it's a shot of her covered in pigs blood.  Looks very Spacek-esque.  Also, a picture of Julianne Moore as Mrs. White has been released as well.  The film opens March 13, 2013.

Jim Carrey Could Play A Hero In 'Kick-Ass 2' 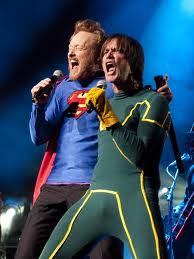 How's this for a casting rumor?  Jim Carrey could land a role in Universal's Kick-Ass 2.  Carrey could play a hero called The Colonel, who leads a team of superheroes.  But, this all depends on if Jim wants to do it or not.
I am not sure he’s going to say yes, but Jim Carrey is being courted by Universal to play a showy supporting role in Kick-Ass 2: Balls To The Wall, the Jeff Wadlow-directed sequel to Matthew Vaughn’s crazy superhero movie. The character is called The Colonel, and he helps galvanize the team of misfit super heroes assembled to fight evil. The sequel brings back Chloe Moretz, Aaron Johnson, Christopher Mintz-Plasse and Nicolas Cage. Carrey is a big fan of Matthew Vaughn and his original Kick-Ass film. Here, he wore the Kick-Ass costume for a musical duet with a bearded Conan O’Brien. But dealmaking is dealmaking, and this is far from a sure thing, at this point just a great idea. Source: Deadline
Read more 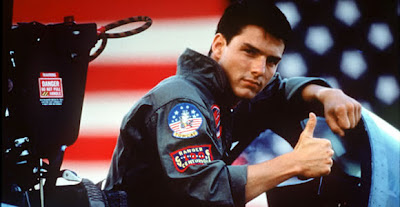 Could it be?  Is Top Gun 2 finally coming to fruition?  It seems so.  Tom "Maverick" Cruise was recently seen in Fallon, Nevada, preparing for the sequel -- and yes, there was solid confirmation.
FALLON, Nev. -- Actor Tom Cruise was in Fallon on Friday during preparations for the up-coming sequel to the 1986 blockbuster movie 'Top Gun.' People in Fallon say Cruise took the time to talk with them during his tour of Fallon and the nearby Naval Air Station Fallon (NAS). NAS officials confirm the visit is part of prep work for the 'Top Gun' sequel. However, there is no word on whether any shooting will even take place in Nevada. Source: KOLO TV
Read more 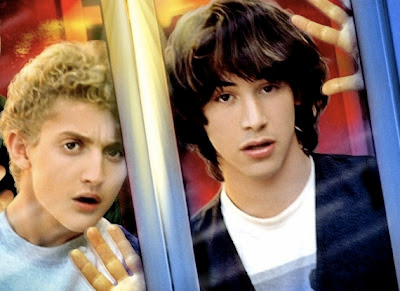 In a recent interview with GQ, Keanu Reeves reveals the supposed plot details for the, yes, highly anticipated Bill & Ted 3.
GQ: It seems the least likely thing for you to do is another Bill-and-Ted movie. And yet it seems you are. Keanu Reeves: We have a nice story. We'll see if anyone else wants to make it. GQ: Is it easy to imagine those characters middle-aged? Keanu Reeves: I don't know. It's one thing to think about it, but to perform it... One of the plot points is that these two people have been crushed by the responsibility of having to write the greatest song ever written and to change the world. And they haven't done it. So everybody is kind of like: "Where is the song?" The guys have just drifted off into esoterica and lost their rock. And we go on this expedition, go into the future to find out if we wrote the song, and one future "us" refuses to tell us, and another future "us" blames us for their lives because we didn'…
Read more

I advise you to take breaks when playing video games.

A teenager in Columbus, Ohio was recently hospitalized after playing Call of Duty: Modern Warfare 3 for at least four days straight.  He took breaks only for snacks and shower and suffered severe dehydration.  (What, drinking water was NOT on the agenda?)  His mother has since taken his Xbox away (NO!).

The teen should've known not drinking anything was going to cause dehydration.  Since, this has happened should games have notifications telling the gamer to take a break?   What do you think? 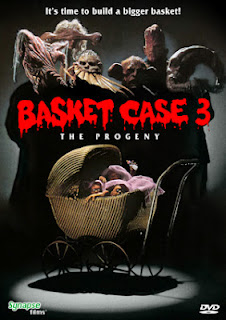 The third film in Frank Henenlotter's Belial trilogy, Basket Case 3: The Progeny, arrives on DVD October 9, 2012.
He's back. He's bad. And he's a dad! Belial, everyone's favorite beast-in-a-basket, is back in BASKET CASE 3: THE PROGENY, the sensational third film in Frank Henenlotter's wildly macabre horror series. After being separated again from his conjoined twin brother Duane (Kevin Van Hentenryck), Belial finds out he’s going to be a deformed daddy! Mrs. Belial (“Eve,” played by Denise Coop) delivers a litter of bouncing baby monsters, but the blessed event turns into a nightmarish ordeal when the police kidnap the little critters. They should know it’s not safe to anger Belial! Attacking the cops in a climactic, gory rampage, everyone’s favorite mutant mauler stops at nothing to get his newborns back! Visit the official Basket Case 3 website for more details!
Read more 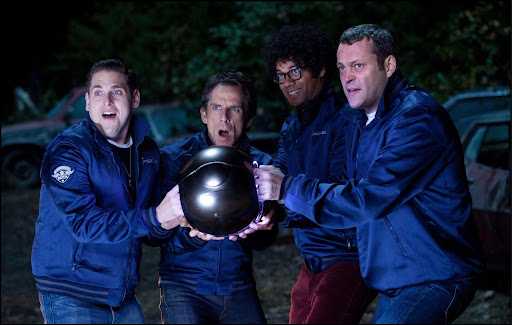 8 stars out of 10﻿
I'll be completely honest with you - I wasn't expecting much from this film.  I mean, I knew what I was going into: A stupid, dumb, ridiculous movie and that's exactly what I got.  But, I wasn't expecting it to be a hilarious, laugh out loud, good time.

Ben Stiller plays Evan, a Costco store manager in Glenview, Ohio.  You can say he is loved by his community for all the various deeds he does for it.  One night, a security guard (who recently became an American citizen) dies mysteriously.  Of course, the police don't care so Evan decides to form a Neighborhood Watch.

In comes, Bob (Vince Vaughn), a construction worker and father, Franklin (Jonah Hill) who wants to be a police officer and JaMarcus (Richard Ayoade) who is a happily divored man.
You soon realize the only reason the 3 guys join is to drink, be reckless, pretty much be anything that a Neighborhood Watch shouldn't.

Later on, they uncover an alien plot, Evan thinks a neighbor i…
Post a Comment
Read more 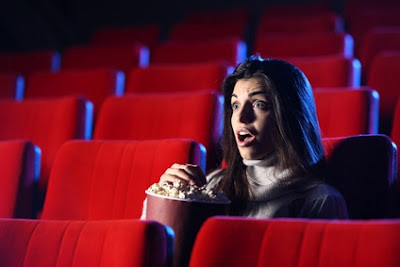 More than thirty years after its film debut, The Shining, named after the 1977 novel on which it is based, still captivates audiences when shown on cable television. Now, author Stephen King is working on a sequel which is set to release in 2013. He has quietly been working on Doctor Sleep since early 2009, while millions of fans wait patiently. King recently read the first pages of the new thriller to a group of over a thousand people at the Savannah Book Festival.

According to the plot summary, the novel picks up with Dan Torrance, now middle-aged and recovering from his horrific past. A drifter and alcoholic for years, Dan is desperate to shed the memories of his childhood and finds himself in a small New Hampshire town where he is a member of AA and is working at a nursing home. There, he uses the remnants of his shining power to comfort his charges in their final days. Dan must save preteen Abra Stone from the paranormal beings known as "The True Knot". Abra has the brig…
Read more
More posts