'The Collection' Trailer Is Finally Here, Worth The Wait 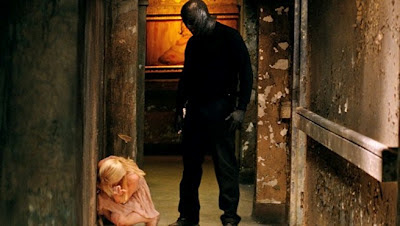 The trailer for the highly anticipated sequel to The Collector, The Collection, is finally here -- and wow.  I remember back in the day when there wasn't a chance in hell that a sequel could ever live up or surpass the original.  But nowadays it's a different story.  I wouldn't call it the norm, but this sequel definitely looks to deliver the goods.

Arkin escapes with his life from the vicious grips of "The Collector" during an entrapment party where he adds beautiful Elena to his "Collection." Instead of recovering from the trauma, Arkin is suddenly abducted from the hospital by mercenaries hired by Elena's wealthy father. Arkin is blackmailed to team up with the mercenaries and track down The Collector's booby trapped warehouse and save Elena.