'Gremlins' Reboot Could Be On Warner's Slate 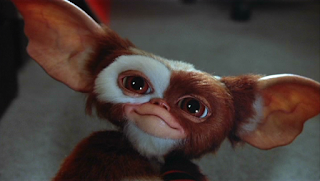 After years of speculating on a Gremlins 3, it seems, like most franchises, the series is headed for the reboot treatment.  Reboot is such a nice word -- unlike that other dreaded "R" word that means basically the same thing: remake.

But, for what its worth, a Gremlins reboot/remake could actually do some good.  Let's examine this.  First off, to save cost, it'll probably be riddled with CGI.  I know that's hard to swallow because the old practical animatronics were so effective...in 1984.  Welcome to 2013.  CG is a great way to save some coin on the production cost side of things, but that doesn't necessarily mean all practical effects will be forgotten; I'm sure some, if not a lot, will be used (see the Evil Dead remake, completely practical).

We’re also told negotiations of this sort have happened several times over the years, but making Spielberg’s deal always proved too daunting a financial prospect and his involvement might simply be a requirement for making the film at all, so don’t hold your breath. Having said all of that, our sources tell us that it might just actually come off this time. This wouldn’t be something Spielberg would direct, of course – he only executive produced the original, with Joe Dante behind the camera – but it never hurts to have the Great Man’s name on your project. A Spielberg spokesman said that the appropriate executives were not available for comment.