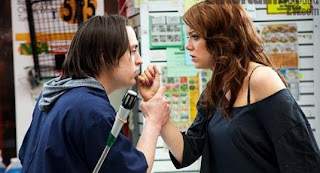 Not sequel news, but, nonetheless, extremely interesting.  Movie 43 is a full-length sketch comedy that pushes the boundaries of what's morally acceptable for a film.  Directed by Peter Farrelly, Movie 43 promises to be one of the more unique moviegoing experiences.

In this official featurette, the six degrees of separation between the cast is explored.  Let's go!


Warning: This movie is not for the weak-stomached, faint of heart, or easily offended.