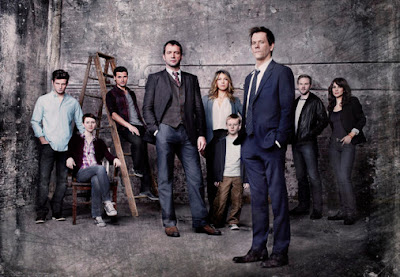 A week ago we reported how screenwriter Kevin Williamson's idea for Scream 5 was turned into the new TV show The Following -- and it was always suspected that this was also his original intentions for Scream 3 as well.  Now, Williamson is coming forward and finally talking about how his original abandoned script for Scream 3 has now been fleshed out into The Following (which was a thought in his head back in the early 90s).


"Back when I was researching Danny Rolling [known as The Gainesville Ripper; in 1990 he murdered five students in Florida and later served as the inspiration for Scream], I wanted to write about a serial killer on a college campus, and an FBI agent hunting down a college professor. But then I decided to do Scream," Williamson told ETonline at The Television Critics Association Tour in Pasadena, CA. "Interestingly enough, Scream 2 was on a college campus, so it all connected." 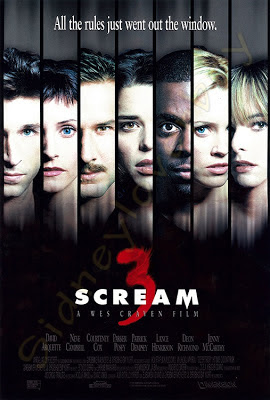 Furthermore, Williamson went on to explain the Scream 3 connection:


"In my original story for Scream 3 [Ehren Kruger was brought in to write the threequel after Williamson exited], the killers were basically a fanclub of Woodsboro kids that had formed because of Stab 1 and Stab 2," he tells me. "They were all doing the killings and the big surprise of the movie was when Sidney walked into the house after Ghostface had killed everyone ... and they all rose up. None of them were actually dead and they'd planned the whole thing."

Now this is great and all, but damn -- I would have loved to see Williamson pen the next two installments of the Scream franchise and really bring this thing full circle.  Oh well, maybe one day this fanboy's dream will come true.  There's no doubt that genre fans want Scream 5 and 6 -- make it happen!