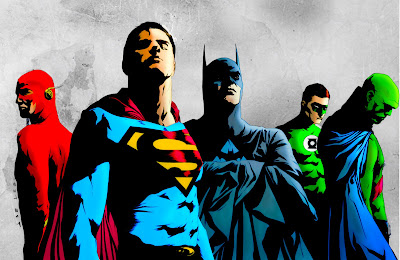 Finally, some solid news for Justice League has arrived.  The film will most likely be directed by Man of Steel's Zack Snyder from a story by Dark Knight trilogy's Christopher Nolan and David S. Goyer!  This also pretty much guarantees that Christian Bale would be back as Batman as well as having Henry Cavill donning the red cape of Superman again.