'Sinister 2' Gets The Green Light 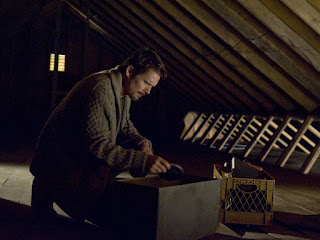 Blumhouse Productions has given Sinister 2 the go-ahead.  This is great news, as the first film was a major success and in my opinion capitalized on the "found footage/evil presence" theme the best (of the new-age horror flicks).  The cast and story of Sinister 2 is being kept under tight wraps.  I would imagine the budget could be slightly bigger than the first ($3M) -- but will we get a better product?  I don't know, Sinister was a pretty good flick, having grossed more than $87M.

We'll keep you updated on everything Sinister 2 as production on the sequel evolves.


Jason Blum‘s Blumhouse Productions is moving forward on its third micro-budget franchise with Sinister 2, the sequel to last year’s horror pic that grossed more than $87M worldwide off of a $3M budget. The move to build the Sinister franchise follows in the footsteps of Blumhouse’s successes with the Paranormal Activity and Insidious series of ultra-low-budget genre hits.