'Transformers 4' May Include Josh Duhamel Cameo 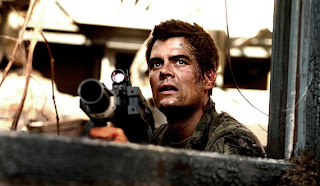 Original Transformers trilogy alumn Josh Duhamel has been contacted about making an appearance in the upcoming Transformers 4.  I believe to be mainly to connect the new films to the old, while also spinning into a new series.


“[Michael] said he wants to put me in it someplace”, the Safe Haven actor tells THR. “I don’t know if he was just saying that because he had me on the phone and he felt obligated or what, but, you know what? I got to do three of those. It changed my career, it changed my life getting to be a part of something that big, so I’m grateful for even doing the first three of them.”