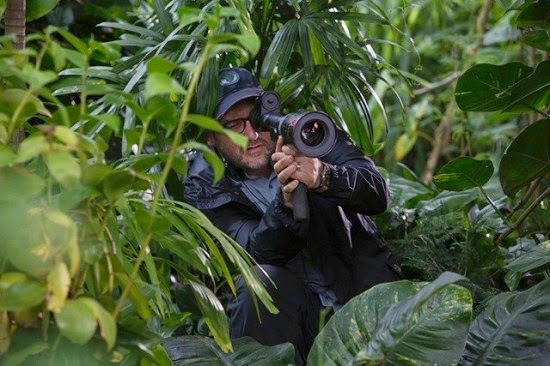 In brief: the film takes place precisely 22 years after the original film.  Many of the leaks were true, not made up of a fan's hopes and dreams.  Trevorrow and company are trying hard to use the advances in technology to their advantage -- a lot can be taken for granted nowadays.

Head on over to /Film and read the conversation for yourself!
Hot Sequel News