JOE DIRT 2 Is In Development 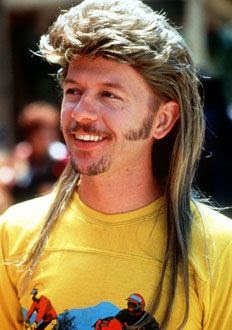 A sequel to the 2001 comedy cult classic Joe Dirt is in the works!

Here's what Joe Dirt himself, David Spade, had to say...


"We wrote a sequel, and we may wind up doing it on Crackle.com, because they want to be the first web address to do a sequel to a movie. Because Sony owns them, and it's a Sony movie. We're trying to find a way to make it for the budget, but we really want to do it. And keep it good."


"We're putting it together now and seeing if we can keep it as funny and with the music we like for a lower budget. All the movies you hear about being made now keep running into budget problems, this and that, and it sounds boring, but it's just a new world, where they can't make those $15-30 million comedies anymore. It's either $3 million or $200 million, there's almost no in-between, so everyone's adjusting to either a summer tentpole Avengers-type movie, or learning to get down and dirty and gritty and making a smaller movie. I just don't want to burn the fans and want to make it good, so me and the other writer are combing through the sequel and trying to make it make sense and have good music and be funny within the parameters. So hopefully it will be soon, or it will be too pointless."