Why The HALLOWEEN 6 Producer's Cut Needs An Official Release 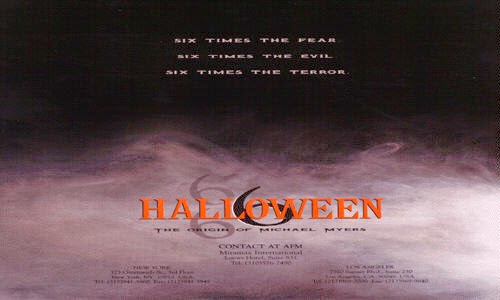 We need an official release of the Halloween 6 Producer's Cut...like, yesterday.  Now I know there are a lot of advocates for the H6 Producer's Cut, those who greatly prefer it over the theatrical version that we got, but me, I'm on the fence.  I found the whole "curse of Thorn" storyline to be a little stretched, but hey, that's just me.

But the real reason why I want to see this get an official stamp is due mostly because of the late, great, Donald Pleasence, or as he's known in the Halloween universe: Dr. Sam Loomis.  It's a well-known fact that H6 not only was his last Halloween flick, but his last film, period.  He passed away shortly after completion of the film and the film was re-worked (which made for almost an entirely different movie).
The Producer's Cut is the version that Pleasence believed he was making and taking part in, so this needs to be a version that is officially available to the fans.  I don't care if it isn't transferred in glorious 1080 HD or 4K.  I'm sure most would settle for a 4:3 workprint copy, anyway.

Alternate cuts/versions of H6 do exist in various "illegal" mediums (torrents and such), but I know there are companies out there like Shout/Scream Factory that would love to get their hands on this license.