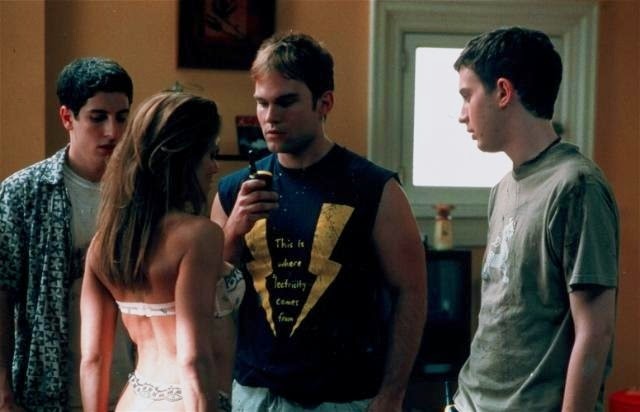 In 1999, the teen sex comedy was fully resurrected when American Pie hit the scene.  And then, in 2001, the genre was brought to a whole new level with American Pie 2.

Breakdown:
After their first year at college, the guys reunite for another summer of fun. Jim continues his quest for sexual independence by seeking the help of his old prom date, Michelle, after an unexpected call from Nadia who plans to visit Jim. Meanwhile, Kev and Vicky find themselves in an awkward situation after having broken up for a year. Oz must deal with a long distance relationship when Heather heads off to France to study abroad. Old feuds die hard as the ever-so-horny Stifler harbors his hatred toward Finch, who is practicing the Hindu practice of Tantra.

My thoughts:
What can I say?  American Pie 2 is a superb sequel that nearly surpasses the original.  I've always compared the AP series (minus the AP Presents movies) to the Scream series.  And trust me, that's a good thing.