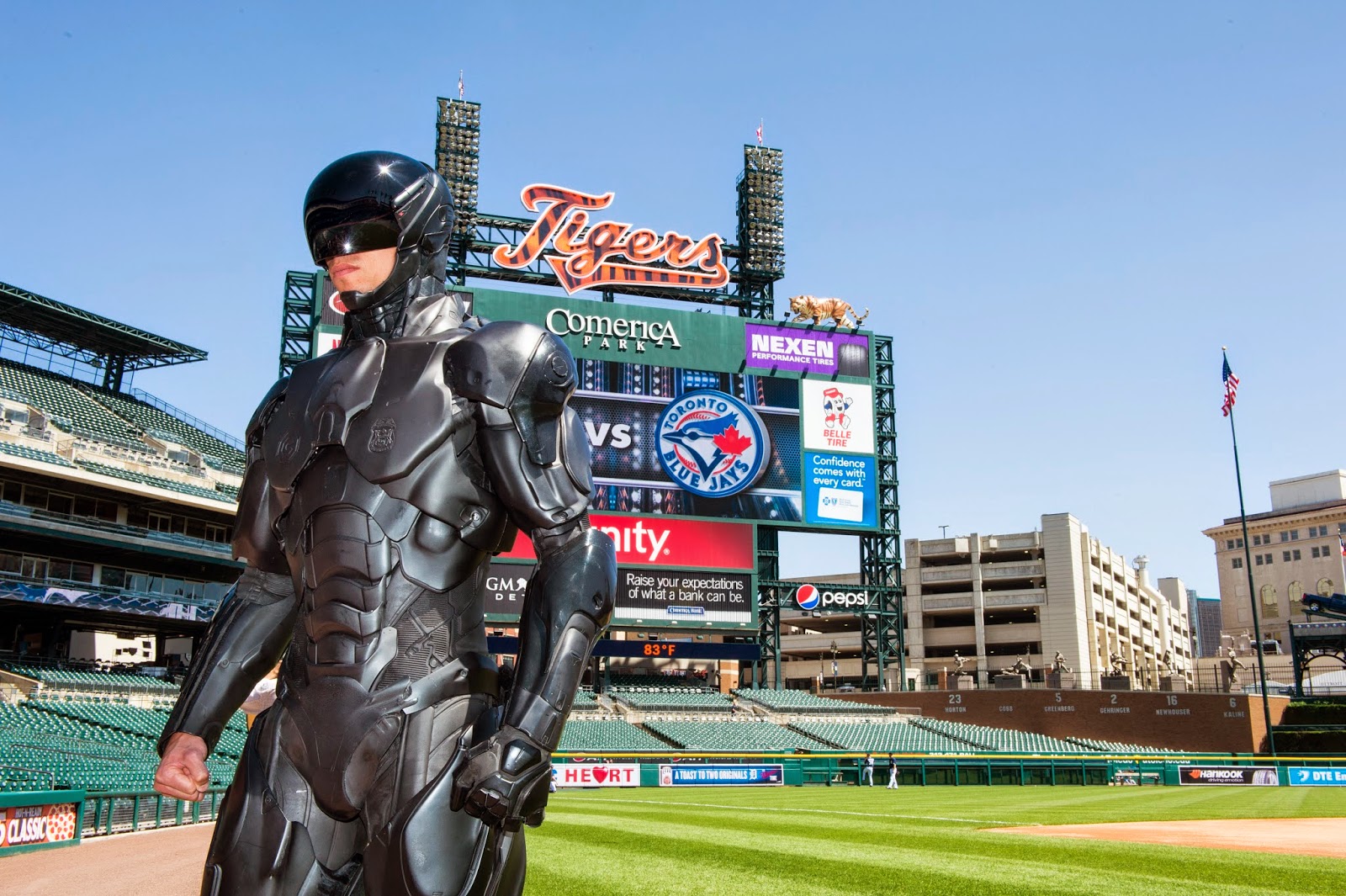 Yesterday was RoboCop Day in Detroit, Michigan!  The cyborg cop threw out the first pitch at the Tigers game and he made multiple appearances all over Detroit.  The statue unveiling was supposed to take place yesterday as well.  However, it has been rescheduled.

ROBOCOP officially took over the city of Detroit on June 3 as the crime fighter hit the streets to meet and take pictures with fans in celebration of #ROBOCOPDay and the Blu-ray and DVD release of the film. ROBOCOP visited iconic landmarks including The Monument to Joe Louis, The Spirit of Detroit, 8 Mile and Comerica Park. Additionally ROBOCOP visited top radio stations at Clear Channel, CBS Radio and Greater Media Detroit, and even did the weather on WJBK-TV, the local Fox affiliate. The day concluded as he threw the ceremonial first pitch at the beginning of the game between the Detroit Tigers and Toronto Blue Jays, with the first 10,000 fans receiving a commemorative ROBOCOP poster and some lucky fans taking home a copy of the new Blu-ray. ROBOCOP took photos with players, invaded the press box and kept the peace with passionate fans.

Please note, the press event at The Detroit Police Department that was to take place Tuesday morning was to celebrate #ROBOCOPDay and to announce a permanent home for the long awaited statue to be completed later this year. Due to some last minute changes beyond our control, we could not confirm the statue’s location and had to cancel the press event. We apologize if there was any miscommunication. 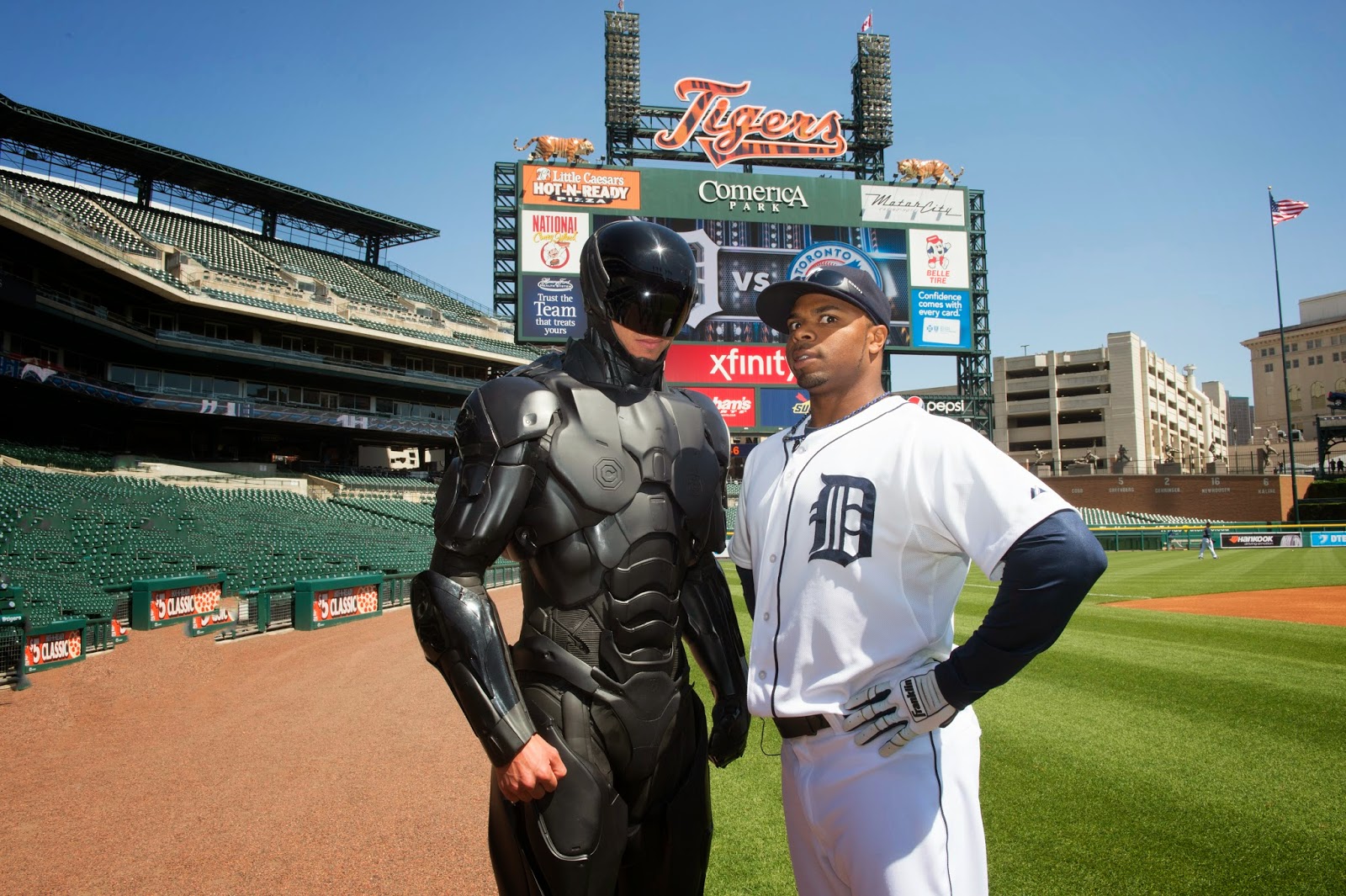 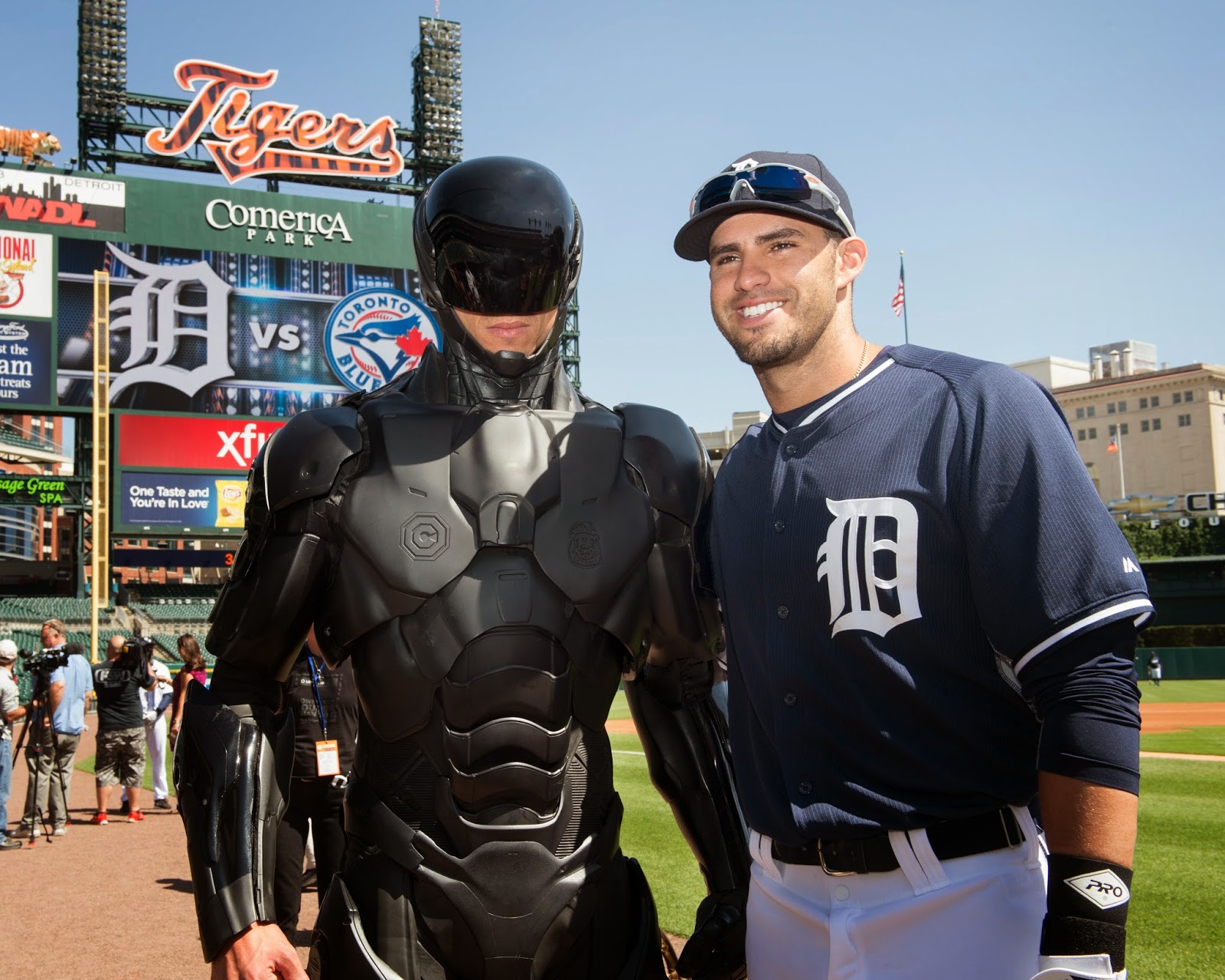 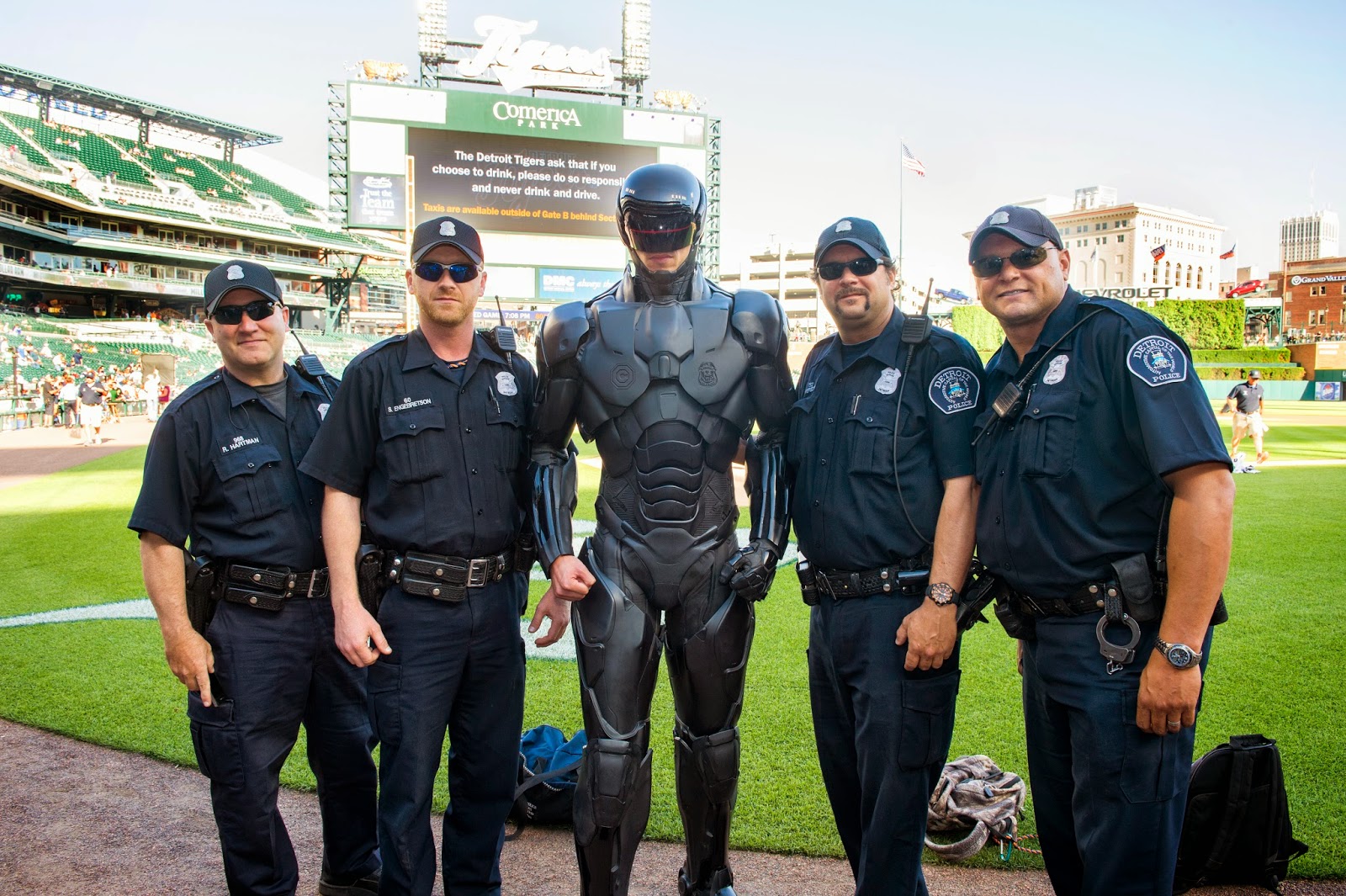 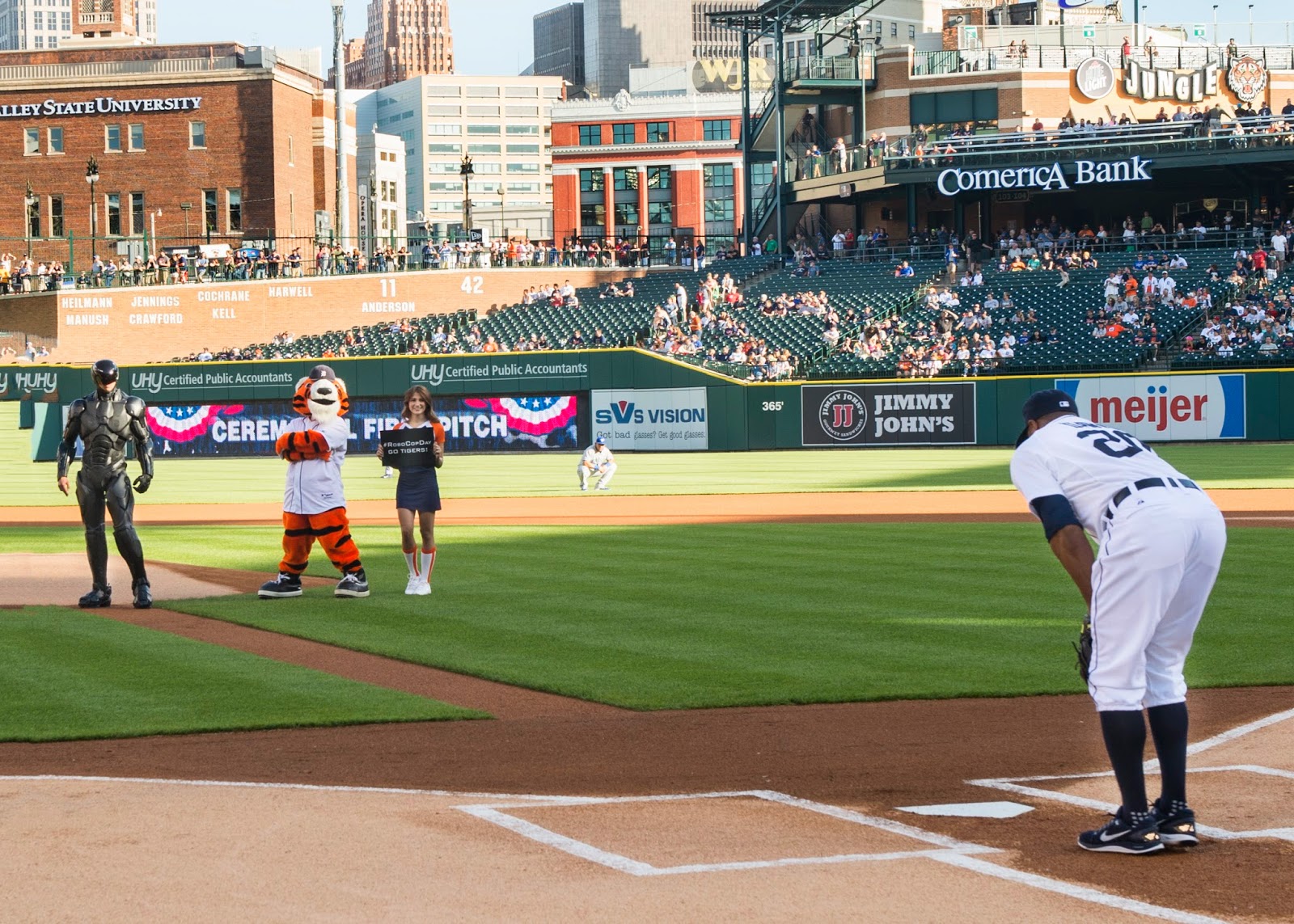 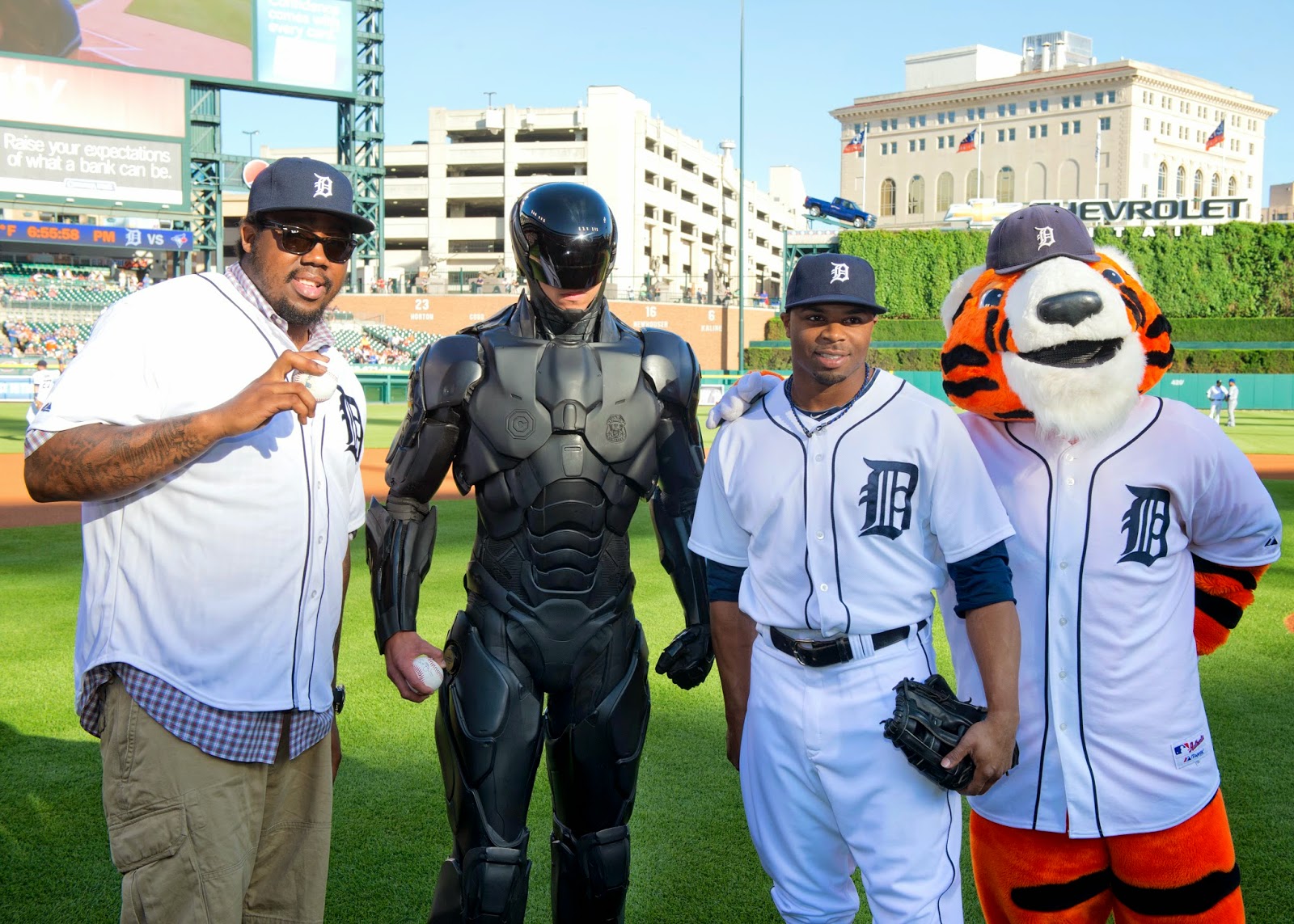