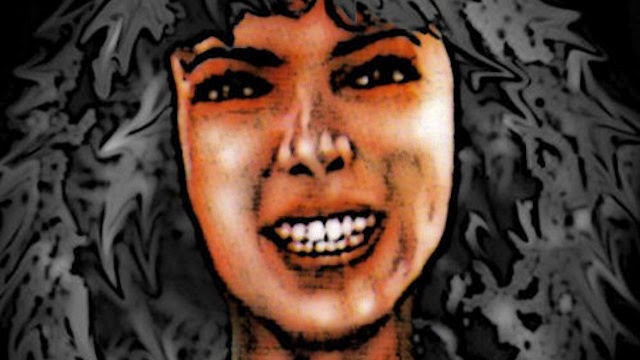 I was recently given the chance to read a new screenplay by Michael A. Simpson, producer/director of Sleepaway Camp 2&3: Unhappy Campers & Teenage Wasteland. This new outing, written almost 19 years after those sequels, is called Sleepaway Camp: Berserk.

Upon starting through the script it’s apparent that the story is quite different from the previous films, presumably because Simpson never likes to repeat past entries (even his own). But at its core it’s a Sleepaway Camp film, and carries the simple message that teens wandering around camp alone are gonna get killed, and bloodily.

This time we're back at a camp which used to be Camp Rolling Hills/New Horizons only more of the terrain is explored and given backstory (i.e., the forest connects to a location nearby called Devil Mountain). A group of troubled teens are bussed in for rehabilitation. There are 12 of them, plus assorted camp counselors, so plenty of meat gets sliced up regularly. The main character is named Amanda, who’s a bit of a self-mutilator - a nice change from the usual heroine whose life anguish is because a boy dumped her (I’m talking to you, Wrong Turn). These characters have real problems, so it’s no wonder they’ve been jettisoned to the woods as a last resort. Fun characters include Toby, who provides the fat-guy humor, Deb Death, a goth junkie, and T Ray, who’s a Riff for the new generation.

Things go south pretty quick for the kids, as the killer, or killers (consider that a clue), dispatch them in brutal ways. The murders go beyond the standard slasher sequence route by taking advantage of the forest and mountain settings. Bear traps, cut rope bridges, and surprise ambushes all come into play. It’s less slasher and more “survival horror” as they struggle to survive against the earthy environment that is turned against them in countless ways.

But your question is – is Angela in it? Yes! She appears right off the bat on page one in an opening sequence which contains a shocker that really changes the status quo. At this point, Angela is in her 40’s, and actually frightening - I never would've expected this from Simpson, who played up the humor in his other sequels. But in this one she’s a famous mass murderer, and her whereabouts since SC3 are a running subplot throughout the story, and there’s both a definitive end to her story and the start of a new one...

While there is a gritty real world feel to the script (it was co-authored by crime author Fred Willard) there’s also a 180 degree turn present via a supernatural element. As eventually happens in many serial killer series, notably Jason, there’s a point they get to when you simply cannot accept the constant massacres and invunerable killer to be close to reality in any way, so otherworldly events are brought in to help suspend disbelief before it spirals into self-cliche. Plus within the context of the script, it works 100% - after a jawdropping event in the first five minutes that took balls the size of watermellons to write, Simpson clearly weaves a new continuity. And let’s face it, with Robert Hiltzik dismissing Simpson’s films via his own sequel (RTSC), you can’t expect Simpson to wait years for it to be released then pick up the pieces and try to fit everything back together. So he lets loose and sends Angela, and Sleepaway Camp off, to places unthought of. It’s a gamble, sure. But if made the right way, would provide the key for the series to remain fresh and move forward in countless unrestricted ways.